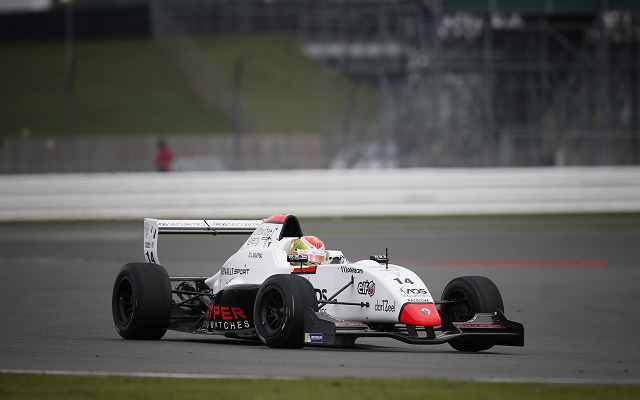 Despite him running in the earlier Group A, points leader Deletraz’s benchmark proved good enough to ensure he kept pole even when Group B runners finished their session.

The Swiss driver had lapped four tenths clear of Jake Hughes in the first 15-minute session and improvement subsequently became impossible due to a shunt for Anthoine Hubert.

The Tech 1 driver, on a flying lap with three and a half minutes to go, experienced a right-rear failure on the straight between Ford-Kurve and Dunlop-Kehre and was sent into the barriers.

He emerged unhurt and the session concluded with Deletraz heading Hughes and Ignazio D’Agosto.

Aitken eventually prevailed, but his lap came up just a tenth short of giving him pole position.

Sasahara will start the race fourth, with Barnicoat lining up in sixth, Jorg taking eight and Simon Gachet making up the top ten.