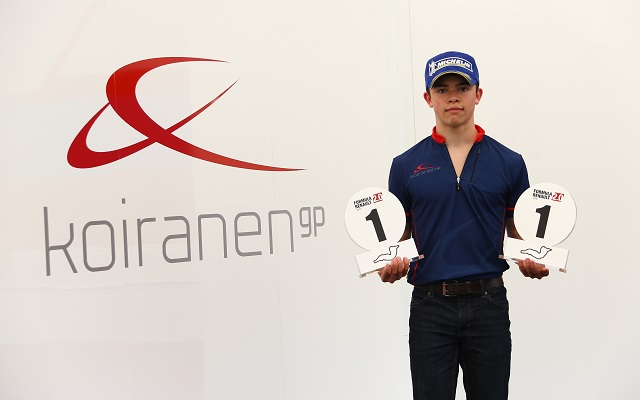 Koiranen GP’s Nyck de Vries became the 2014 Formula Renault 2.0 Alps champion after winning the first race of the penultimate round of the season at Mugello.

De Vries’ win put him 77 points clear of nearest rival Charles Leclerc, with only 75 available over the three remaining races.

The Dutchman started the race from pole and never looked in danger of losing the lead, staying in control until the checkered flag.

Leclerc, who lined up alongside de Vries on the front row, kept up with the Koiranen driver over the opening laps, but couldn’t mount a challenge and ended up slipping back.

The Monegasque racer settled for a second place finish, having managed to fend off third-placed Bruno Bonifacio during the closing laps.

The newly-crowned Formula Renault Alps champion will also be on pole for Sunday’s race, with Leclerc again joining him on front row.