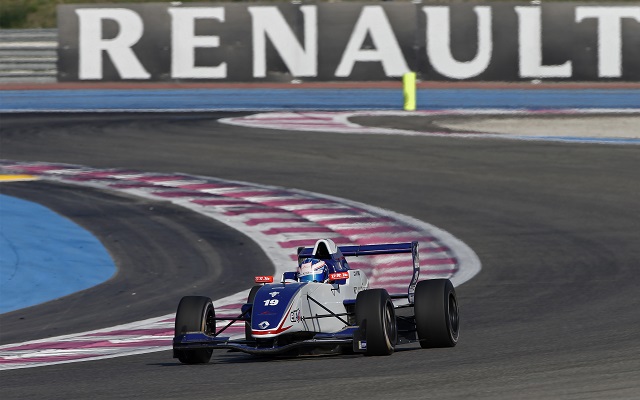 Eurocup Formula Renault 2.0 championship leader Nyck de Vries has edged closer towards securing the drivers’ title by taking pole position for the second race of the penultimate round at Paul Ricard.

De Vries was again quickest among the Group A runners, which allowed him to take his second pole of the weekend.

In the earlier Group B session, it was ART Junior Team’s Aurelien Panis who ran the show, maintaining the top step with several solid successive laps and eventually ensuring a front row start.

Koiranen driver Ignazio D’Agosto was second in group with KTR’s Alex Albon in third. Fortec’s Martin Rump produced his best qualifying performance of the year in fourth, while Ryan Tveter rounded out the top five.

It didn’t take long for Group A drivers to beat the Group B benchmark, which was done by de Vries. Egor Orudzhev then briefly popped into first, but a subsequent improvement from de Vries granted the Dutchman pole by two tenths.

De Vries will be crowned champion in today’s race if he is not significantly outscored by either Dennis Olsen or Andrea Pizzitola, who are set to start 16th and 13th respectively.