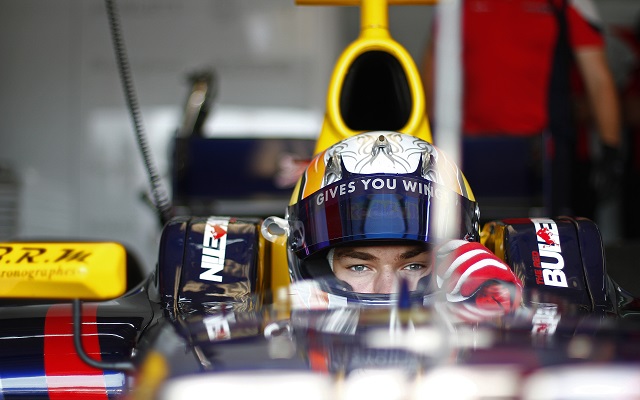 Red Bull Junior Team protege Pierre Gasly secured his first pole position in Formula Renault 3.5 in qualifying for the Sunday race of the penultimate round at Paul Ricard.

Gasly ended up timing his lap just right and dethroned fellow Red Bull driver Carlos Sainz from first shortly before an off for Zoel Amberg brought out the red flag and led to an early end to the session.

Sainz ended up completing the second all-RBJT front row of the weekend, just 0.006s ahead of Sergey Sirotkin, who was first for much of the session and led the timesheets at the halfway point.

Jazeman Jaafar was a quarter of a second down in fourth, leading championship contender Roberto Merhi and the Lotus duo of Matthieu Vaxiviere and Marlon Stockinger.

Oliver Rowland, like many, was in the middle of a flying lap and had even set a session-best S2 when the red flag came out, forcing the Brit to settle for eighth.