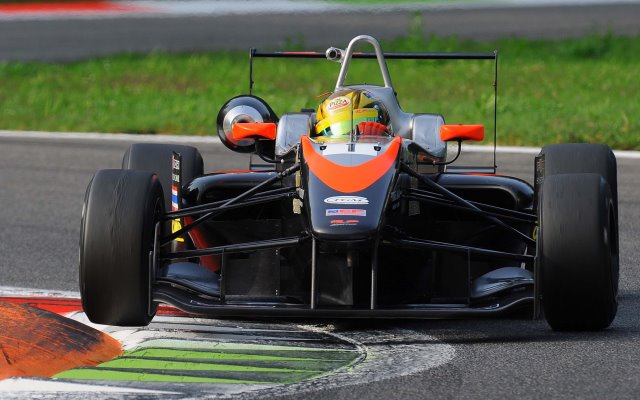 For the ninth time this year, the Euroformula Open field was unable to beat Sandy Stuvik in qualifying. As a result, Stuvik will start from pole in the second race at Monza, in which he can ensure his championship title.

BVM’s Christopher Hoher will share the front row after narrowly edging out Kevin Giovesi and Artur Janosz, who will have to settle with third and fourth respectively.

Behind Janosz two more RP drivers, Dzhon Simonyan and Andres Saravia will share the third row on the grid.

With the one point being awarded to the pole-sitter, Stuvik’s lead in the championship is 70 points, meaning he will need either a top five finish or a sixth place with the fastest lap to ensure his title.