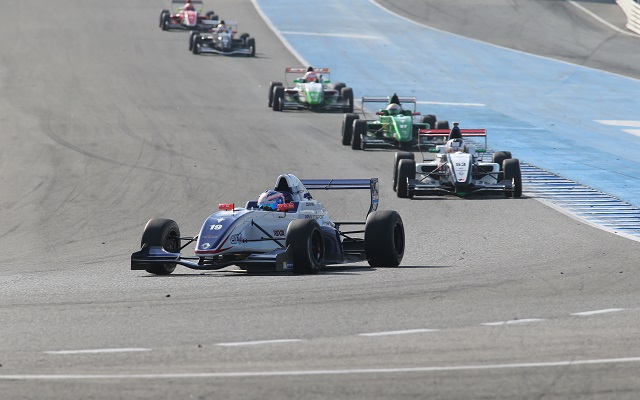 The Dutchman celebrated his ninth win in the 14 races of the season, leading from lights to flag in a straightforward finale.

A series of lap one incidents brought out the safety car period, which briefly disrupted the Dutchman’s control over the gap to his rivals, but he would prove unmatched after the race was restarted, eventually finishing 3.8s clear of the field.

Tech 1’s Egor Orudzhev, who started the race on the front row, had a straightforward drive to second place, whilst fellow guest entrant Matt Parry completed the podium.