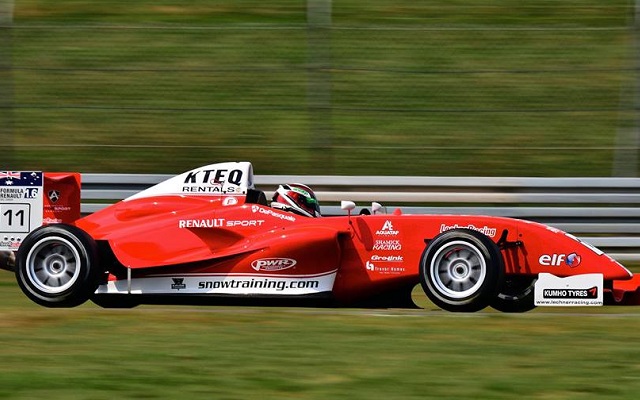 Formula Renault 1.6 NEC championship leader Anton De Pasquale continued to set the pace at Assen, securing poles for both of the weekend’s races.

The Australian went to the top early in the session and was not troubled out front for the remaining fifteen minutes.

There was also a close battle between Max Defourny and Cedric Piro for seventh, with the former going quicker by 0.005s. Marcel Lenerz and Boris Kolff completed the top ten.

The fastest second-best lap of the session also belonged to De Pasquale, netting him pole for rate two.