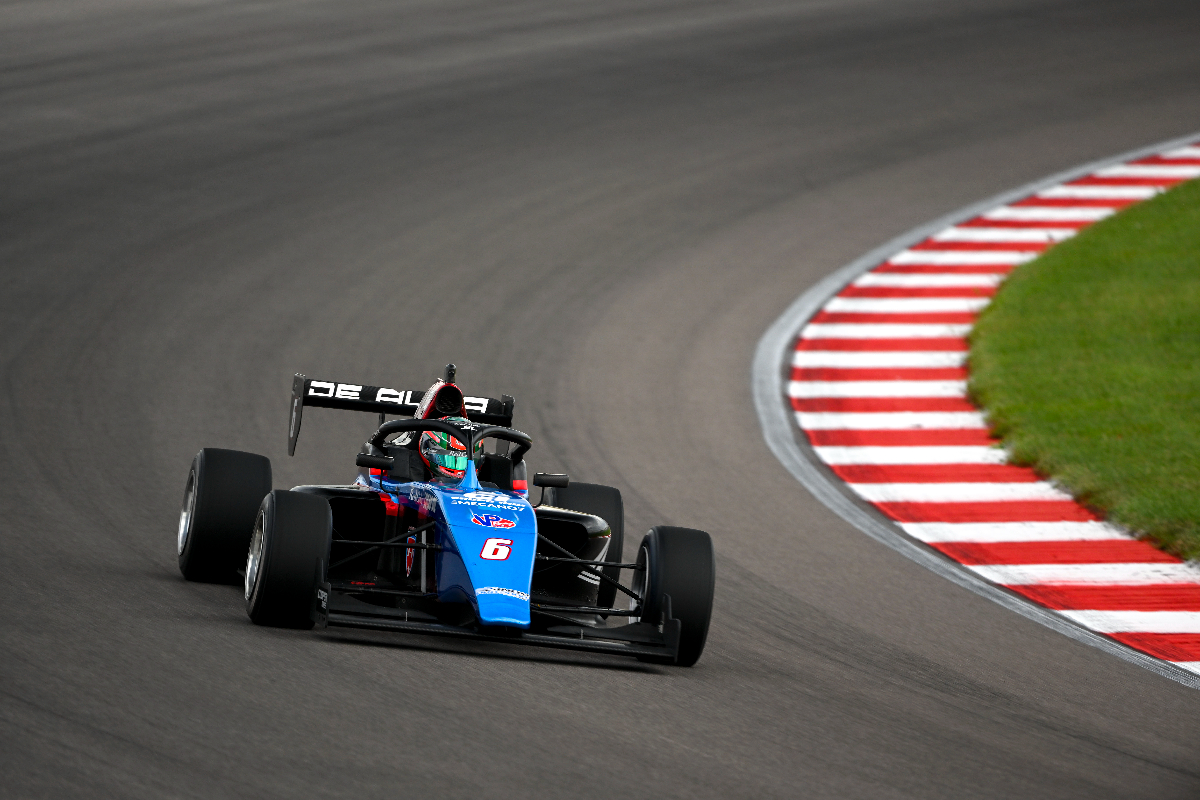 With cars heading out in reverse championship order, it was series newcomer Trey Burke who went on his two-lap run first. He lay the benchmark at 135.681mph, a speed surpassed by all but two drivers.

A number of drivers took turns slotting into second place with their runs, and Juncos Hollinger Racing’s Reece Gold came closest to surpassing de Alba and went just 55 thousandths of a second slower over the two laps. He qualified second, and would not be bettered by title rival Foster, who was a further 0.18mph back in third place.

Nolan Seigel qualified fourth, ahead of Josh Green, Braden Eves and Enaam Ahmed. Flack was bumped down to eighth by the time the rest of the field came through.

The only drama in the session was a spin for Jordan Missig. The rear of Missig’s car hit the wall heavily on his second lap, causing damage that left fluid on the track. If the car can be repaired in time for the race, he will start last.