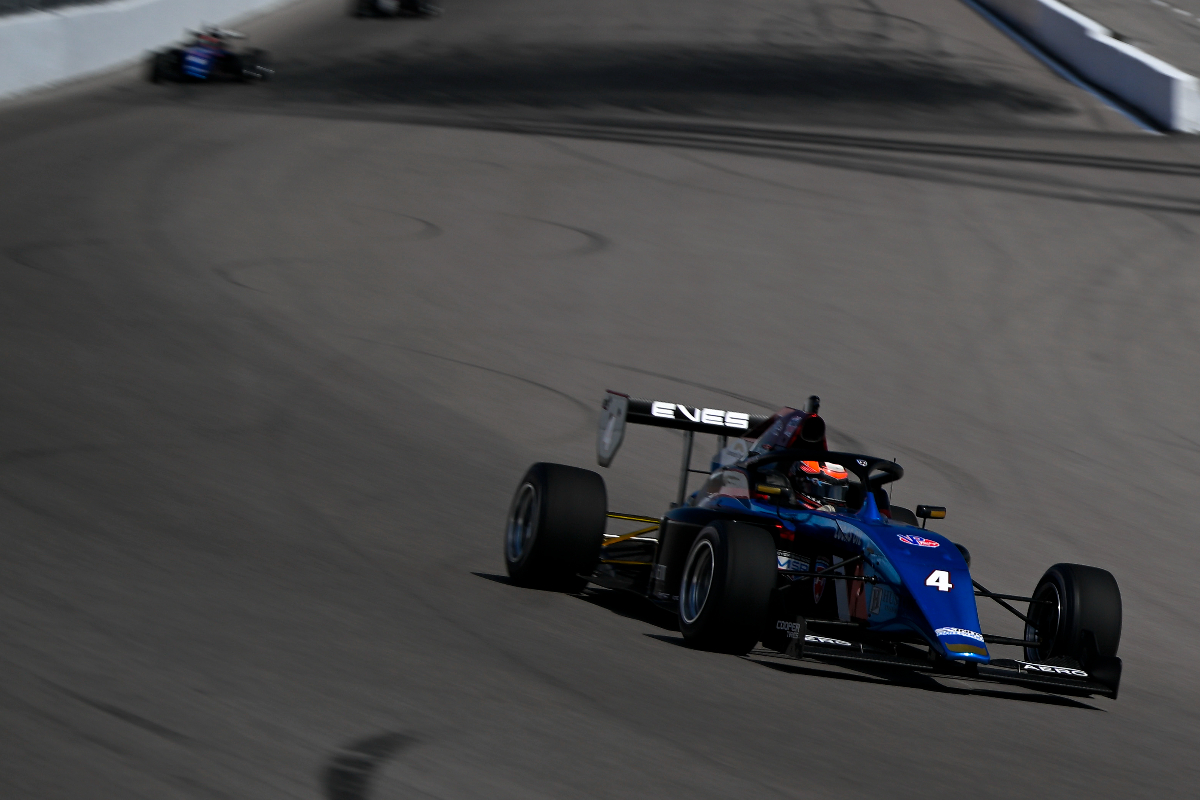 Eves had been set the pace in the opening laps but dropped back to third, where he stayed for the majority of the 30-minute session. But a string of flying laps late in the morning allowed him to climb back to the top spot.

The Jay Howard Driver Development driver managed a time of 31.816s around the short Gateway oval, with an average speed of 141.439mph.

His team-mate Salvador de Alba also spent much of the session top of the order. In the first handful of laps, he had gone quickest with a speed of 140.643mph. That went unbeaten for most of practice, until a lap from Nolan Seigel finally allowed the DEForce Racing driver to go quicker. Seigel broke into the 141mph range and had improved the fastest speed to 141.363mph before Eves’ late flying lap.

Seigel ended the session second quickest, ahead of de Alba and Louis Foster. Points leader Foster hadn’t spent much time running at the sharp end, but did manage to set more laps than almost anyone else in the session, beaten only by Kiko Porto.