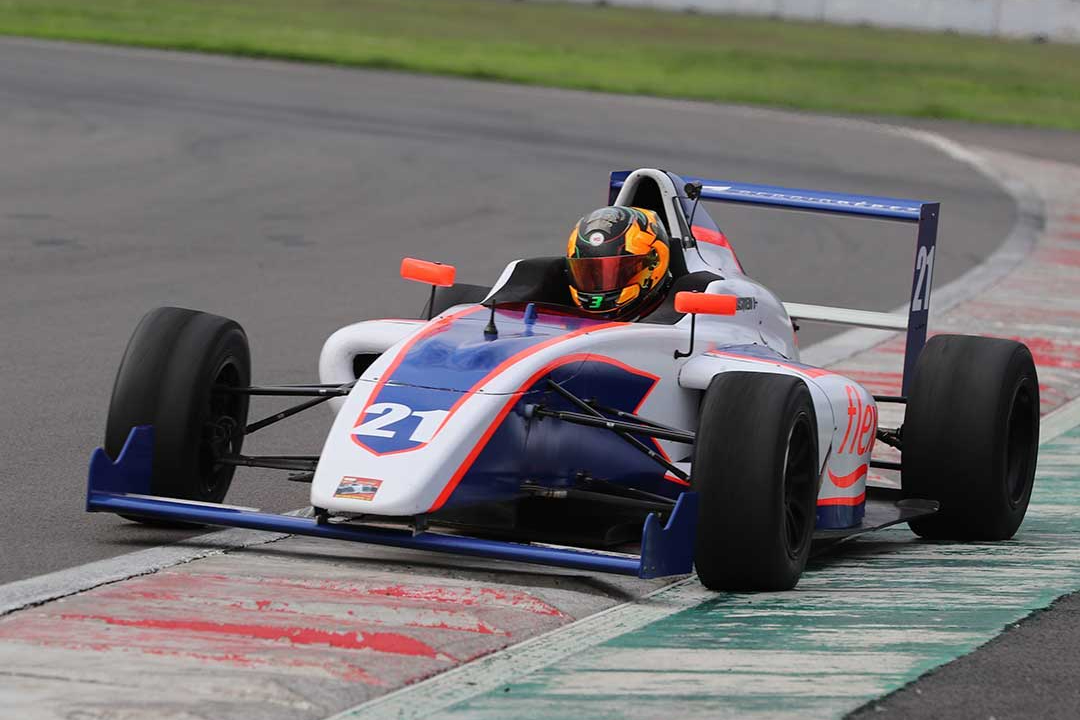 Jesse Carrasquedo Jr made a successful return to single-seater racing this weekend in the NACAM Formula 4 championship, winning two races in Mexico City.

The 15-year-old is part of Campos Racing’s driver development programme and started this year racing for the team in Spanish F4. He only did one round before an “injury” forced him out in May, and there was paddock rumours that he had decided to leave racing entirely.

Last week the Danish F4 race-winner finally released a statement with his explanation of his absence:

“In my last race, which was in Portugal, my condition that I had suffered for the last few months, got out of control. At that time I wanted to return to Mexico and feel safe and improve.

“I feel pretty good [now]. Much better than before. I have been working on myself with therapists, eating better, reading and meditating, which is very important.”

Since then he has been training with Red Bull Formula 1 driver Sergio Perez, and drove for his own academy team on his racing return in NACAM F4.

Carrasquedo had a tough job at first in the races, as he lined up 11th for the opening encounter of the weekend. Points leader Juan Felipe Pedraza started on pole, but there was no stopping Carrasquedo who charged through to win by 9.450 seconds.

Pedraza finished second, and Rodrigo Rejon rose from seventh on the grid to complete the podium in third following a late battle with United States F4 regular Arturo Flores and Julio Rejon.

Flores and Carrasquedo got to start towards the front in race two, making their route to the top far quicker once they cleared the challenge of the Rejon brothers. This time Flores was able to come out on top, repeating his triumph from the 2021 Mexico City Grand Prix support race and by just 0.640s.

Carrasquedo dominated the final race of the weekend, although he was beaten off the line by Daniel Forcadell and then spun him around on the opening lap.

The incident did not lead to a penalty and so Carrasquedo romped away up front until a mid-race safety car cut his lead of 10s as Eduardo and Marco Alquicira crashed out while Julio Rejon pitted with a broken front wing.

Carrasquedo broke away again on the restart, and in the five remaining laps made a margin of 6.129s over Flores was was initially in third until he passed Diego de la Torre on lap three.

De la Torre was able to hold on to third despite continious pressure from Pedraza, Manuel Roza and Rodrigo Rejon who charged into podium contention after the safety car period and finished fourth. Forcadell recovered to seventh.