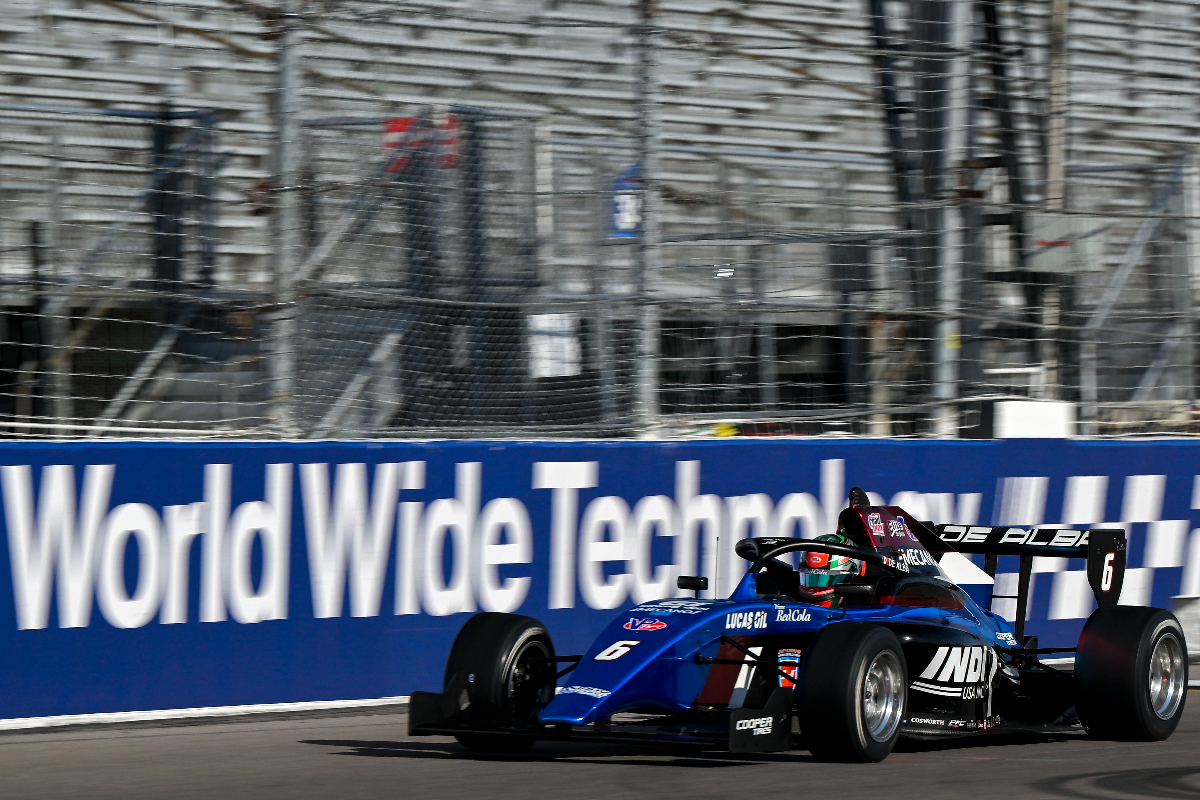 The reigning NASCAR Mexico champion claimed pole and led the way at the end of the first lap of racing while DEForce Racing’s Nolan Siegel moved up to second place after starting in fourth.

Juncos Hollinger Racing’s Reece Gold, who lined up alongside de Alba, had dropped back to fifth place behind Turn 3 Motorsport’s Josh Green and Exclusive Autosport’s Louis Foster by the end of lap three.

JHDD’s Braden Eves also went from sixth down to 10th place in the opening laps of the race. However, he would quickly recover the ground lost due to very strong pace, and by lap 10 had already regained sixth.

A good start and first few laps allowed Pabst Racing’s Yuven Sundaramoorthy to advance to ninth from the back of the grid, where he started after his car was found to be underweight during qualifying.

By lap 20 of 55, de Alba was enjoying a comfortable three-and-a-half second gap at the front. Meanwhile, Green and Foster stayed within two seconds of Siegel in the battle for second.

At that point, Eves passed Gold for fifth, and soon left him behind as he continued his charge through the field.

It was a four-car battle for the podium as the race entered the last 10 laps. Green momentarily took second from Siegel, but the latter quickly regained the place. Eves, who had overtaken Foster with 15 laps to go, also passed Green for third with six laps remaining. Foster benefitted from Eves’ move and also gained a place on that manoeuvre, relegating Green to fifth place at the finish.

Gold, who struggled for pace for the whole race, came home sixth and just over seven seconds behind that group. Enaam Ahmed, debutant Marcos Flack, Sundaramoorthy and Bjoy Garg completed the top 10.

Jordan Missig was unable to take part in the race as his Pabst Racing team couldn’t repair the damage sustained from his qualifying crash on time.