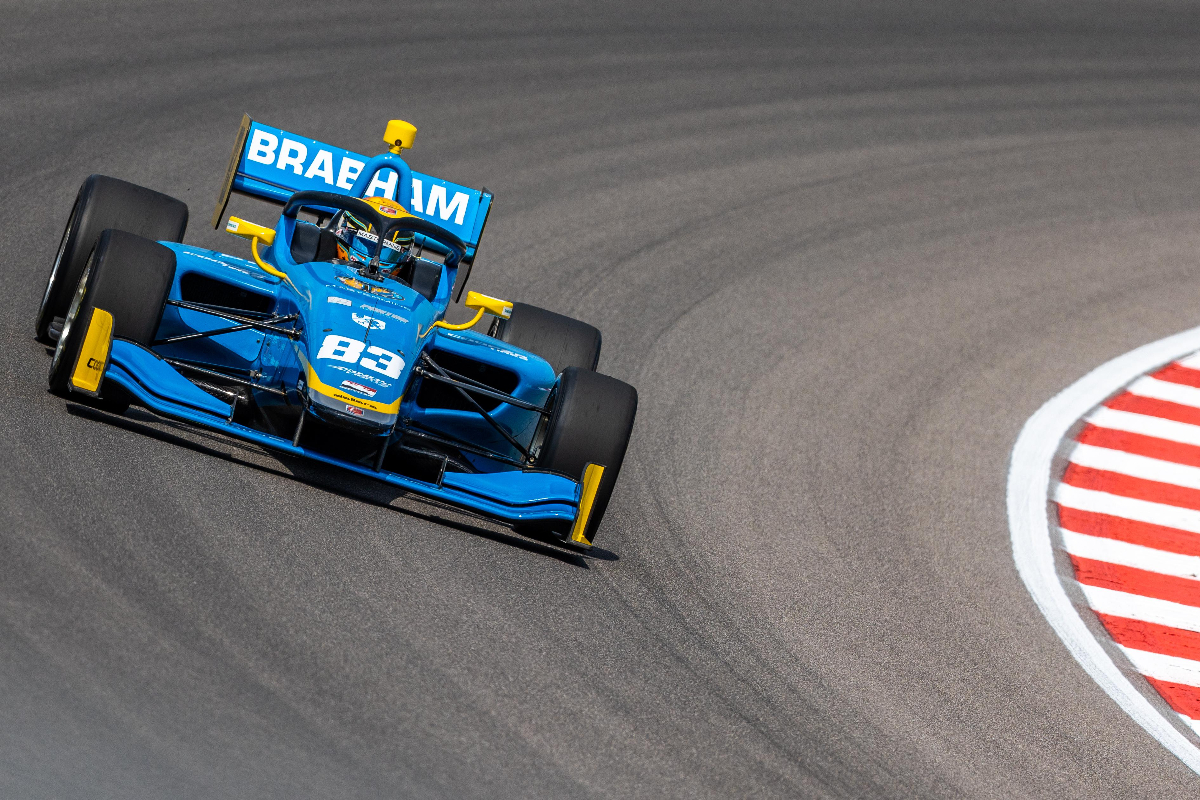 Lundqvist led most of the race, but Brabham was able to claim the lead with just four of the 75 laps remaining.

The championship leader could not respond and had to settle for second, finishing 0.677 seconds behind Brabham.

Lundqvist held the lead from pole while Benjamin Pedersen had both Brabham and Christian Rassmussen alongside him by turn two. Pedersen was able to hold them off at first, but Brabham came back to take second shortly after.

The battling had allowed Lundqvist to break away with a lead of about a second around the short oval. Through the remainder of the race, Brabham gradually closed the gap to Lundqvist and with five laps to go he was on the leader’s tail.

A move down the inside of turn three had Brabham sweep past without much trouble, and earn his first win since the opening round of the season.

Far behind the top two, Rasmussen had had to defend against Danial Frost early on, but had managed to shake the HMD Motorsports driver and close back in on Pedersen. As the two were passing the lapped Christian Bogle, who pitted with an issue early on, Rasmussen was able to get alongside.

Rasmussen held on around the outside of Pedersen to take third, then was running comfortably in the podium position when a mistake sent him into the wall at turn two. He was able to continue but limped back to the pits where he retired.

Pedersen was again promoted to third, and that where he would finish some 11.6s behind Brabham.

Frost finished fourth ahead of Hunter McElrea, who spent much of the race trying to find a way past Jacob Abel, whose strong start had gained him a handful of positions in the opening laps. McElrea was on his tail for several laps before finally finding a way through in the race’s closing stages. The move put Abel out of position, allowing Sting Ray Robb to follow his Andretti team-mate past the solo Abel Motorsports entry.

Abel was demoted to seventh, where he finished the last of the non-lapped drivers. James Roe Jr finished eighth, and Ernie Francis Jr held off Kyffin Simpson for ninth.