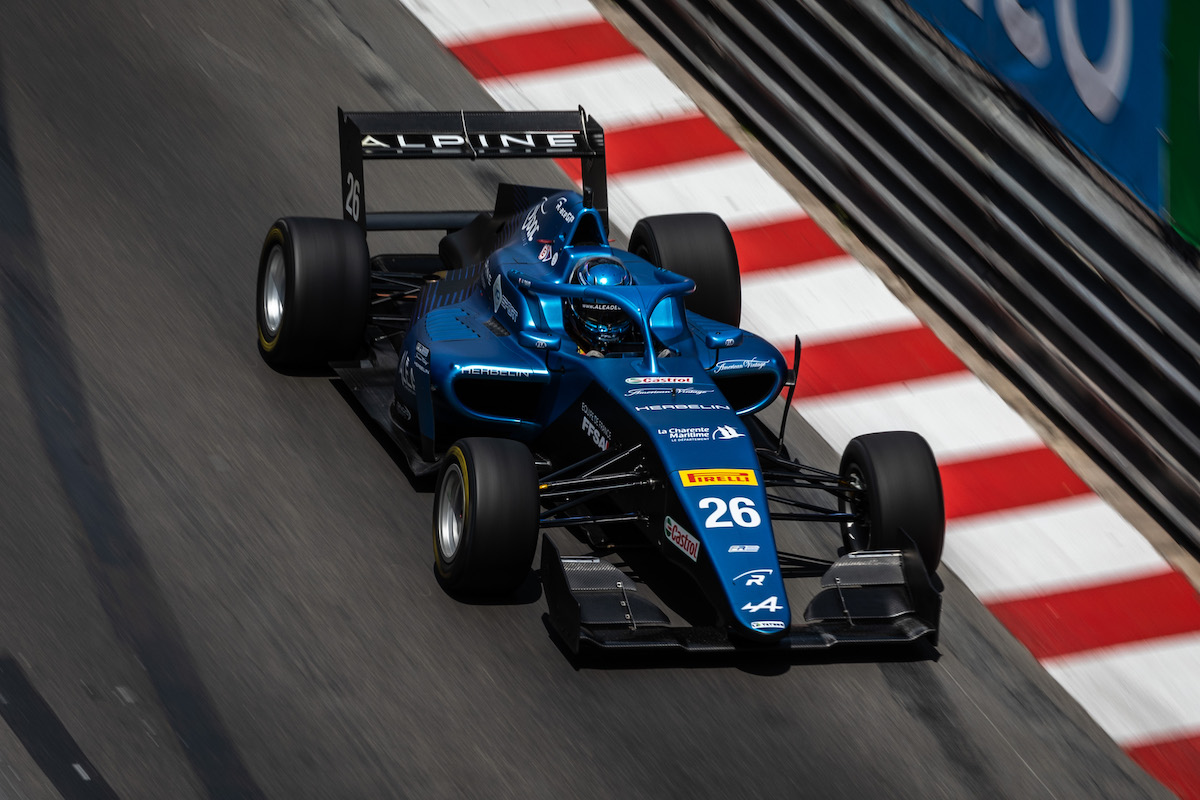 Hadrien David took his first victory of the Formula Regional European Championship season in the opening race of the weekend at Monaco.

There was little championship leader Dino Beganovic could do to stop David taking the victory, despite a mid-race red flag halting action.

The red flag was brought out when the track became blocked at the Fairmont hairpin. Esteban Masson had been battling Sami Meguetounif when Meguetounif tried to make a move down the inside, pushing Masson into the barrier. Masson blocked the track for those behind and the red flag was thrown before he was able to get going again under his own power.

There had been little change at the front of the order before this point. David had briefly extended the gap to over a second ahead of Beganovic, though the championship leader had since closed back to within a second. The pair had broken away from third-placed Kas Haverkort.

Racing resumed with just under five minutes on the clock. There was again no change at the front of the order.

David and Beganovic broke away from the rest of the field but there was no opportunity for the Prema driver to make a move. He would end the race 0.902s back.

Gabriele Mini spent the closing stages of the race keeping Haverkort under pressure, but he also couldn’t find a way past. Haverkort finished more than two seconds back from Beganovic but held off Mini to take his first series podium after being excluded from the previous race at Imola.

Michael Belov picked up fifth ahead of Gabriel Bortaleto and Mari Boya, who got a good start to pass ART Grand Prix team-mate Laurens van Hoepen. Leonardo Fornaroli was the top rookie in ninth, while Noel Leon completed the top 10 ahead of Arden team-mates Eduardo Barrichello and Joshua Duerksen, who traded places in the opening laps.

With a 28-car capacity meaning those who qualified outside of the top 19 getting to start one of the two races, Paul Aron could make minimal progress from the back, finishing 25th.