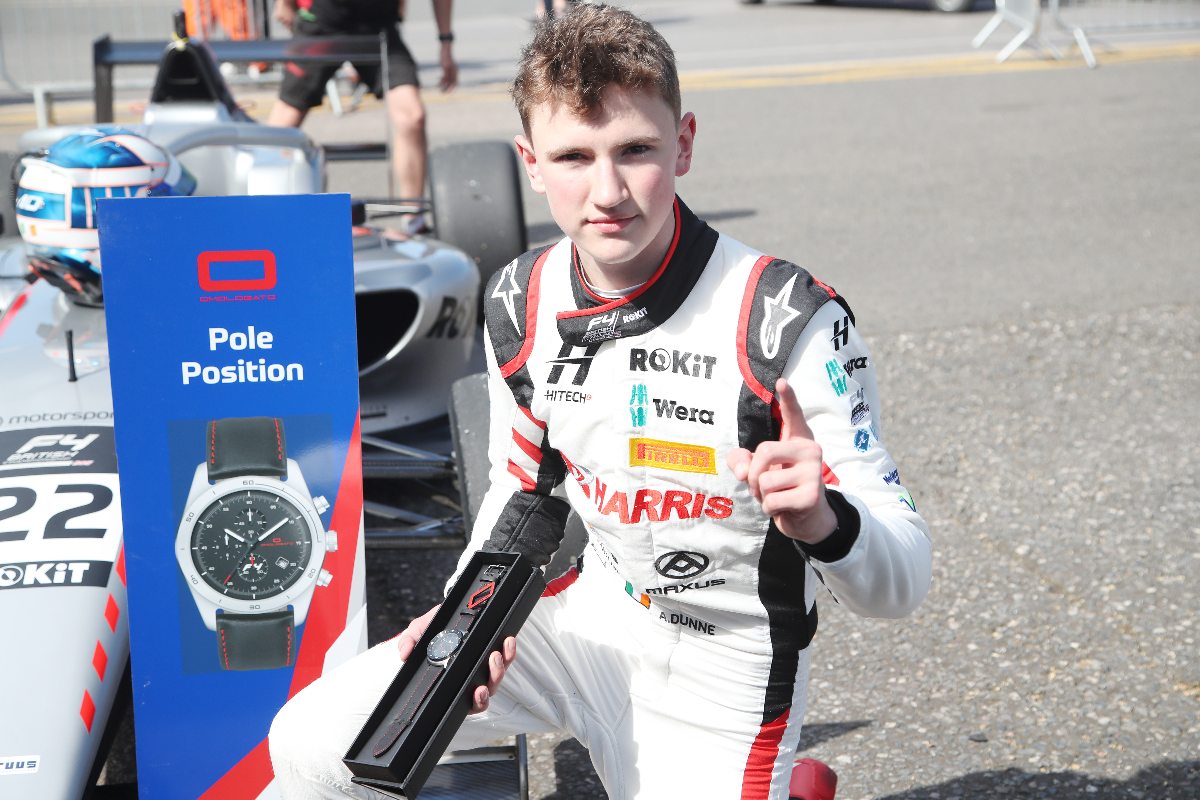 Hitech GP’s Alex Dunne claimed pole for the first and third British Formula 4 races of the weekend at Thruxton.

The Irishman had Carlin’s Ugo Ugochukwu as his closest rival through the 20-minute session, and went to the top for the first time six minutes in after JHR Developments’ Georgi Dimitrov and Carlin’s Louis Sharp had set early benchmarks.

Dunne’s 1m11.115s lap stood as the time to beat when the session was briefly red-flagged due to a small off for Argenti Motorsport’s Aiden Neate, but cars were back out just two minutes later and on fresh tyres.

Ugochukwu usurped Dunne with nine minutes to go, becoming the first driver to break into the 1m10s, with Dunne and Carlin’s Oliver Gray improving behind him to go second and third.

There was still time for one more lap from each, and Dunne’s next effort was 0.010-second improvement and enough to not only secure race one pole but ensure his previous best would earn him pole for race three just as he achieved in the previous round at Brands Hatch.

Ugochukwu couldn’t improve but secured a front row start for both races, while Gray and Sharp made it a Carlin 2-3-4.

Neate set a 1m11.088s once he returned to track and that puts him fifth on the grid for race one, just ahead of Hitech’s Eduardo Coseteng.