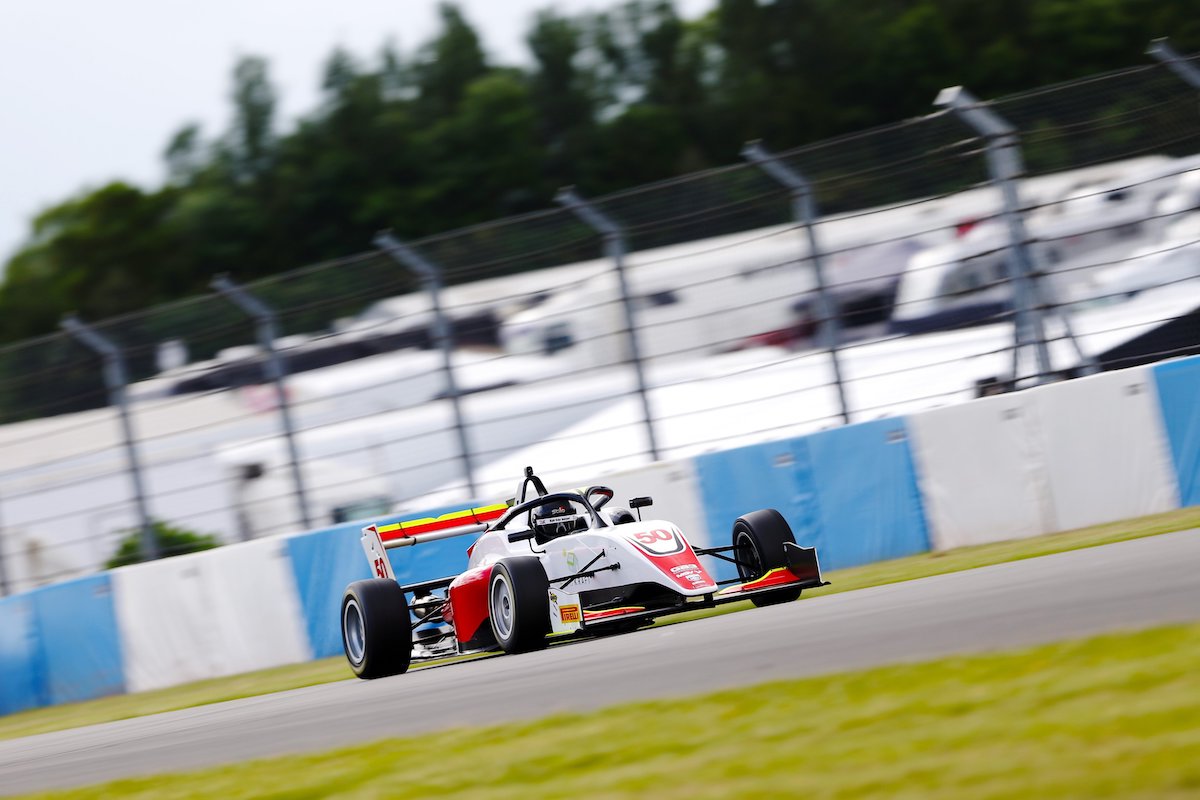 GB3 Championship leader Joel Granfors got his weekend off to a strong start by taking pole for race one at Donington Park, while Max Esterson secured race two pole.

The 20-minute qualifying session was a closely-fought affair, with Javier Sagrera leading Carlin team-mate Callum Voisin by 0.006 seconds early on. Voisin then lapped 0.6s quicker to move to the front with a 1m23.074s.

Granfors, who took a double-pole at the previous round at Silverstone, was the first driver to dip under the 1m23s mark for Fortec Motorsports, with Esterson moving into third for Douglas Motorsport.

Esterson, who topped the two-day pre-event test, then edged Granfors by 0.036s before improving further on his next lap.

Matthew Rees set a 1m22.764s in the closing stages, but the JHR Developments driver was denied a maiden GB3 pole by Granfors, who responded to go quickest by 0.019s.

A late effort put Voisin third, the best qualifying result so far for the single-seater rookie. Esterson ended up fourth, but his second-best lap time was good enough to take pole for race two ahead of Voisin, Granfors and Rees.

Alex Connor took fifth for both races one and two for Arden Motorsport ahead of Hitech GP’s Luke Browning, who arrived at Donington three points behind Granfors.

Carlin’s Roberto Faria was seventh overall ahead of James Hedley, who was the best of the Elite Motorsport drivers. Hedley’s team-mate Tom Lebbon was ninth, while Nico Christodolou qualified 10th on his GB3 debut for Arden.

The top 17 drivers were covered by one second, with a record 22 drivers set to start race one on Saturday afternoon.