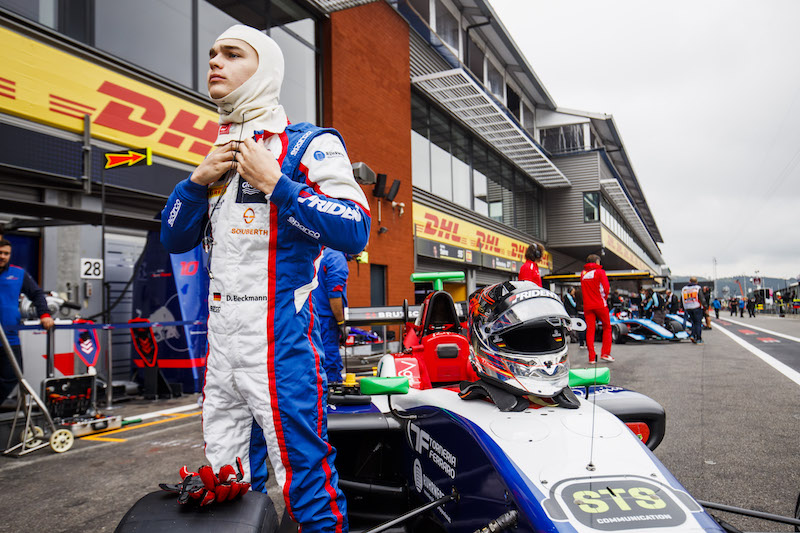 David Beckmann topped GP3 practice for the second time in as many events with Trident as he led a top-four lock-out for the Italian outfit at Spa-Francorchamps.

Beckmann frequently topped the times during the session, and set his best lap of a 2m06.111s just before the chequered flag.

Team-mate Pedro Piquet moved to within 0.105s of Beckmann’s time at the end of the session to take second, with Giuliano Alesi and Ryan Tveter joining them in the top four.

Championship leader Anthoine Hubert was fifth, nearly a second adrift of Beckmann, and just ahead of ART team-mate Nikita Mazepin.

The other two ART drivers Jake Hughes and Callum Ilott were also inside the top 10 in eighth and 10th respectively, with Jenzer drivers Juan Manuel Correa and Tatiana Calderon in seventh and ninth.

Richard Verschoor was 16th in his debut GP3 session for MP Motorsport, taking the place of Formula 2-bound Dorian Boccolacci.

The session was red-flagged for around 15 minutes early on due to an initially unspecified technical issue, which the series later explained was a problem with the cars’ ECUs.

?We experienced an issue with the programming of the ECU,” said GP3 technical director Didier Perrin in a statement.

“Once we analysed the problem, we asked for the session to be red flagged in order to reprogram the ECU of all cars as quickly as possible and ensure that all drivers benefitted from the same amount of track time.?