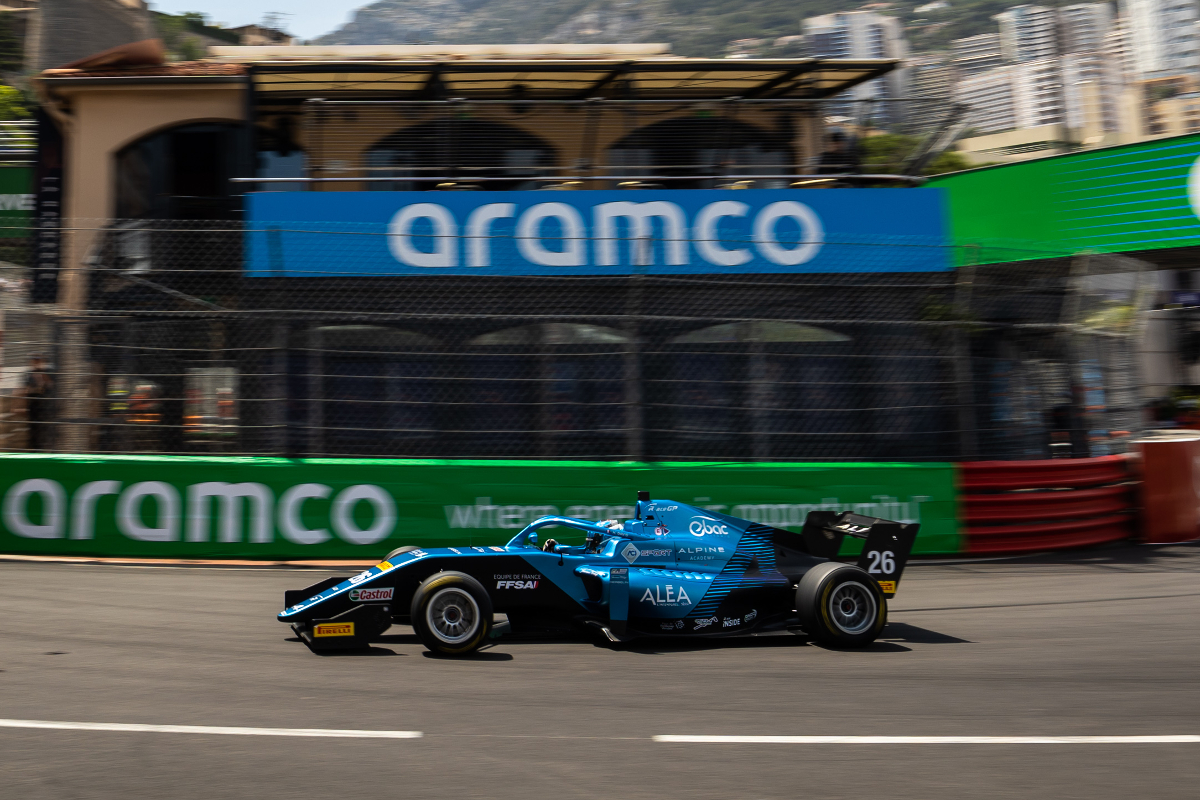 The 37-car entry list was split into two groups for qualifying, with the first group starting from the odd-numbered positions and the other from the even-numbered grid spots in race one, and the reverse being the case for race two.

There were several contenders for pole in the first group, and David set the early pace. Paul Aron denied everyone the chance to beat David for a short period of time as his suspension broke on the bumps approaching Mirabeau and caused a full course yellow as his car was recovered. He will only start one race this weekend due a limit on the size of the grid.

Joshua Duerksen (Arden) then Michael Belov (MP Motorsport) announced their intentions by moving to the top one after the other a third of the way into the half-hour session, but when David completed his next lap he returned to first place ahead of Belov and Kas Haverkort (Van Amersfoort Racing).

David improved to 1m31.552s as ART Grand Prix’s Laurens van Hoepen became the next contender as he rose to second. Shortly after Duerksen and Belov went one-two, before Haverkort posted a 1m31.042s to end the first runs on top.

That benchmark stood for a while through the second runs, and it was with just over eight minutes to go that he was usurped as David went 0.567 seconds faster before a second VSC period as Santiago Ramos spun exiting the Swimming Pool section.

David lowered the pace further to 1m30.293s to keep himself on top by 0.044s ahead of Duerksen, but Belov and Haverkort were able to better both.

In response, David set a lap 0.015s off Belov’s and with time to complete one more. Haverkort was the first of the contenders to finish qualifying, and he broke into the 1m29s. David was able to do the same with a rapid middle sector and took pole with a 1m29.802s as Belov’s car was too loose to lower his pace.

The session ended with a car stopped in the tunnel and MP’s Dilano van’t Hoff hitting the Tabac barriers.

R-ace GP’s Gabriel Bortoleto was fastest early in the second group, then Beganovic led on the second laps.

Bortoleto and ART GP’s Mari Boya and Gabriele Mini all lowered the pace, and the first runs ended with Bortoleto avoiding spinning when he got sideways at the Nouvelle chicane.

Mini improved to 1m30.110s with just under eight minutes remaining, then a minute later Boya set a 1m30.025s to lead Leonardo Fornaroli (Trident) and Eduardo Barrichello (Arden) by 0.049s.

The response from Mini was a 1m30.006s, and there was then red flags as Monolite Racing’s Cenyu Han crashed at Massenet.

Qualifying was restarted and points leader Beganovic went fastest by 0.009s with 1m20s to go, then a further half-second quicker at the chequered flag with Mini following him across the line, 0.323s slower.