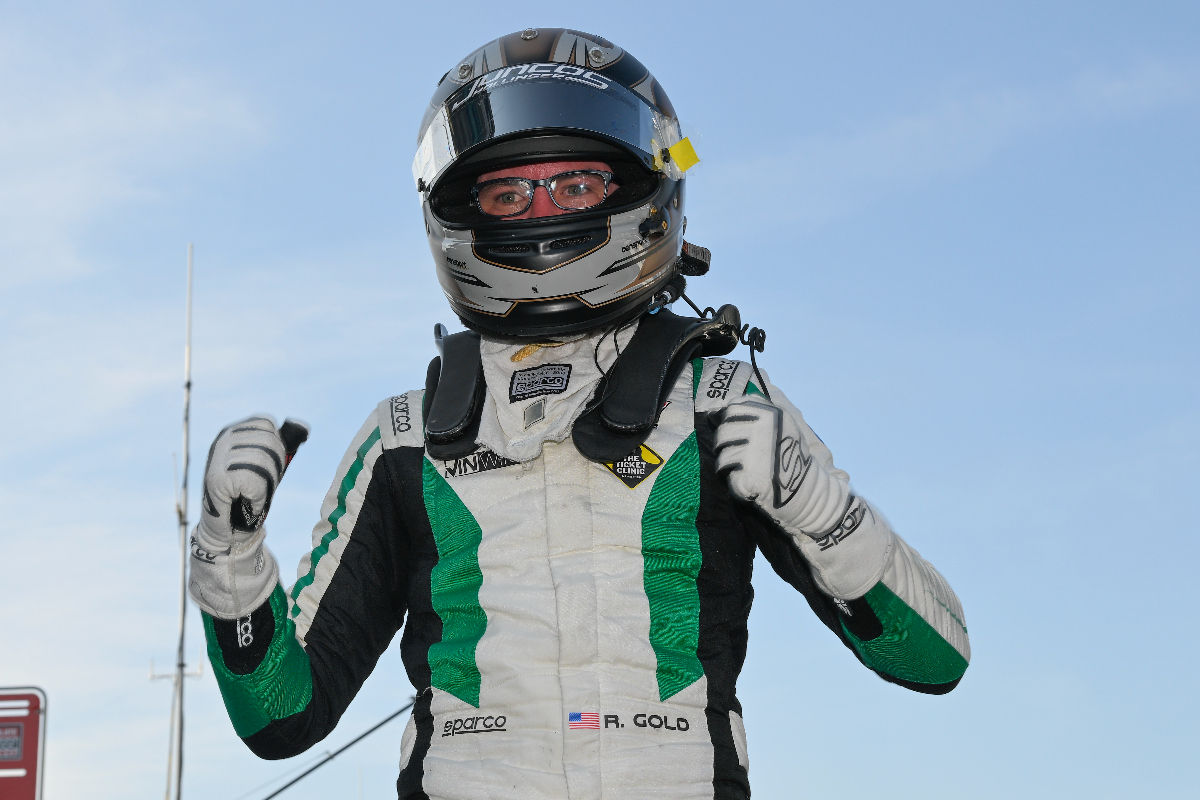 Juncos Hollinger Racing held the advantage in qualifying for the Freedom 90, with Reece Gold pipping team-mate Enaam Ahmed to pole.

The delayed qualifying at Indianapolis Raceway Park on Thursday followed two test sessions earlier in the day where Exclusive Autosport’s Louis Foster had pipped Gold to top spot by 0.0298 seconds.

Gold and Ahmed went one-two in the second session, but at a slower pace over a single lap. In qualifying however the drivers go out one at a time to complete a two-lap run from which an average speed is taken to set the grid.

Drivers are sent out in reverse championship order, and Pabst Racing’ Jordan Missing initially set the pace. He was bettered by team-mate and fellow rookie Yuven Sundaramoorthy by 0.304mph, equating to just over a tenth of a second per lap in pace difference, despite a wiggle at the end of his first lap on a drying track.

Next out on track after him was Turn 3 Motorsport’s Josh Green, who had a rapid outlap and was faster than Sundaramoorthy after one lap but was slower following the second.

Like Sundaramoorthy, Ahmed also had a big wiggle but was considerably faster when he went on his run. His first timed lap was the fastest of anyone until that point by some margin, and then he set a rapid 120.203mph for lap two.

The four drivers running after him looked unlikely to be able to beat that, and a slow run by Jay Howard Driver Development’s Braden Eves only served to strengthen that assumption.

However Juncos team-mate Gold was even more committed than Ahmed, with his outlap being almost two miles per hour faster than anyone else had achieved, and actually trumping all other qualifying efforts bar Ahmed’s until that point, then lap one of his run was at 119.375mph which was 0.829mph faster than Ahmed’s.

Title top two Louis Foster and Nolan Siegel followed on what was now a sunny track, and neither had the pace to compete for pole. Foster qualified third, his 118.35mph average a whole mile per hour slower than Ahmed, and points leader Siegel was fourth.