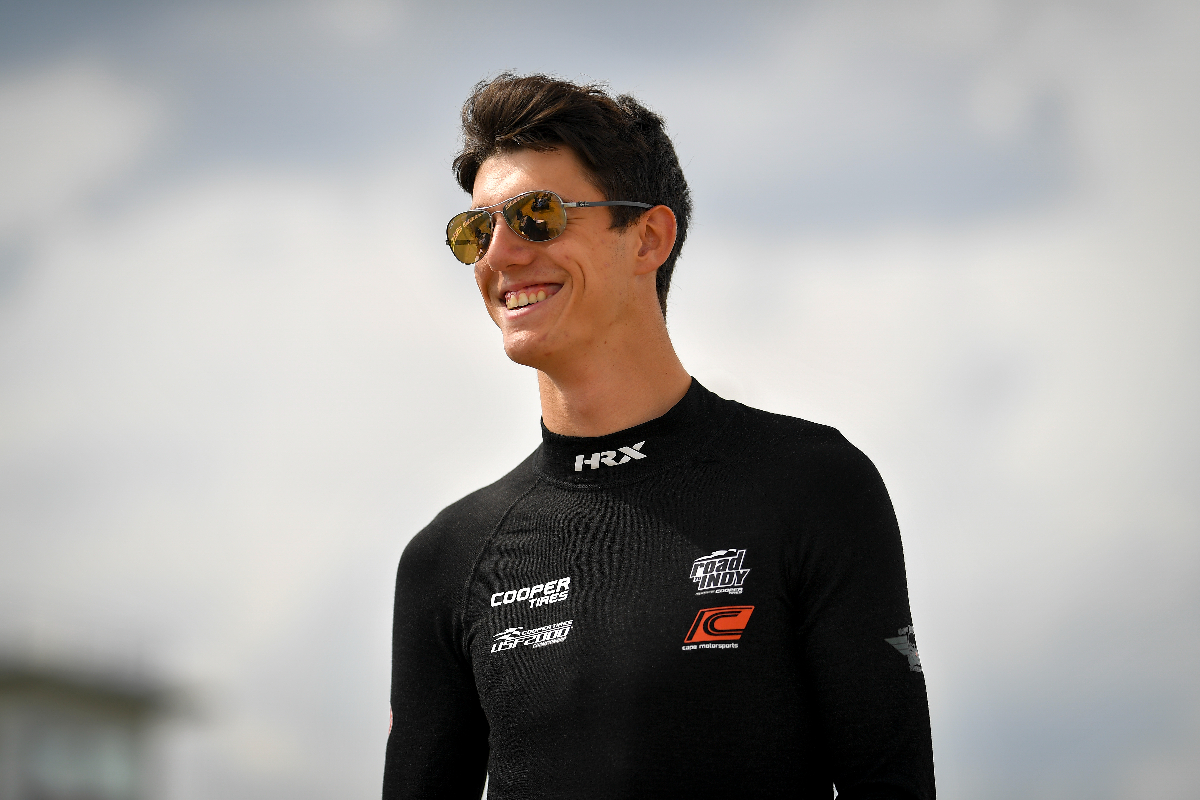 Cape Motorsports’ Michael d’Orlando will start on pole at Indianapolis Raceway Park for the Freedom 75, the race he won last year from pole.

Pre-event testing and qualifying for the fourth round of the USF2000 season took place on Thursday, but rain during the day pushed the track action into the evening for the series’ sole oval event of the year.

The drivers went out in reverse championship order in qualifying, which sets the grid using the average speed from two consecutive laps rather than an individual laptime.

Dylan Christie was third on track and was the early benchmark with a 108.027mph speed. He wasn’t beaten until it came to Nicky Hays, who ran four cars later and put himself on provisional pole despite a wobble on his first lap.

Garg, Christie’s team-mate, ran a further few cars after and showed his test pace was no fluke. Despite lifting, on a track that was still damp in places, he shot up to first place with a 109.863mph average.

The racing line rubbered in more with each car and the laptimes improved, with Thomas Nepveu and then Jace Denmark going second fastest with averages above 109.5mph, and title contender Myles Rowe then outpaced Garg with his second qualifying lap but his first was slow and it meant he came short of outqualifying Garg.

Only three cars remained, and d’Orlando was the first of those to head out. He set a rapid outlap and with tyres that were up to temperature quicker than his opposition he lapped with a 110.194mph average that translated to being 0.1348s faster then Garg over the two laps.

The challenge from Exclusive Autosport’s Billy Frazer was stunted by what sounded like a throttle issue when he took to the track, and left him qualifying towards the bottom of the top 10, while points leader and rookie Jagger Jones had his oval inexperience exposed as he could only qualify sixth.