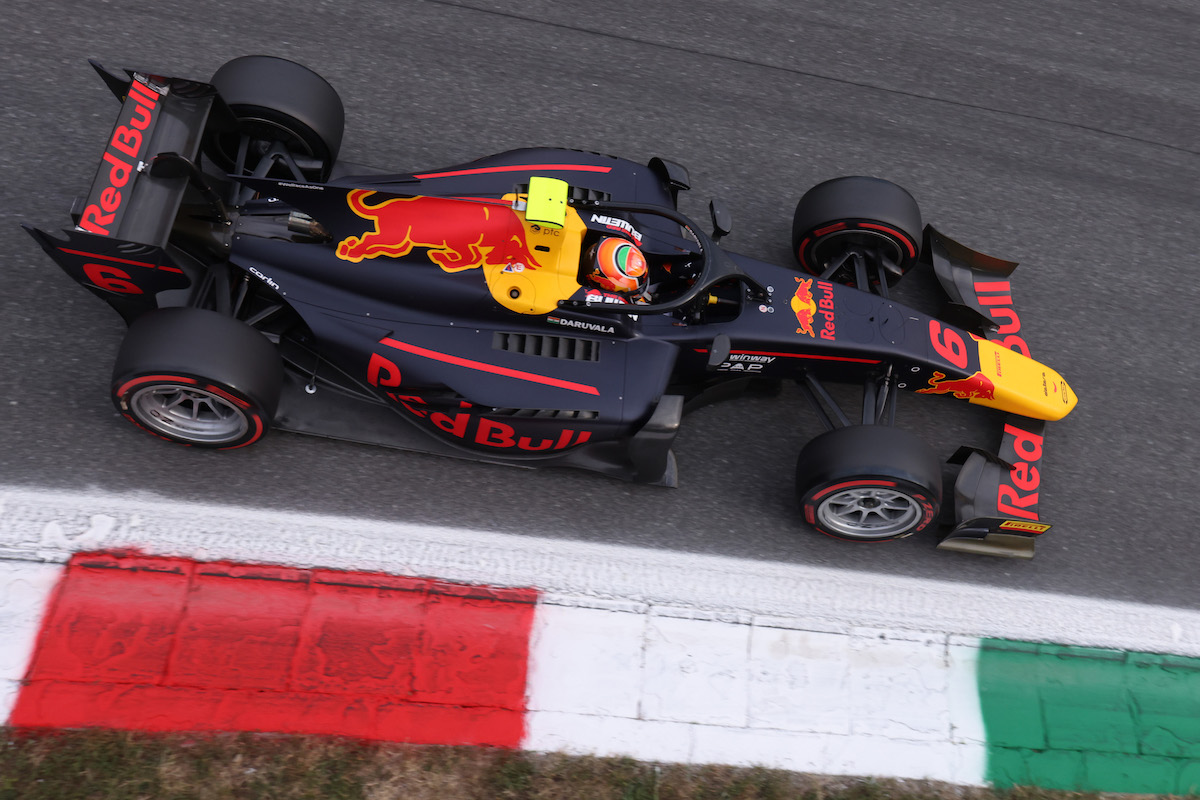 Jehan Daruvala claimed a dominant victory in the second race of the Formula 2 weekend at Monza after taking the lead at the start.

This was the Indian driver’s first win of the season, while Trident scored its first podium of the year as Bent Viscaal finished second. Robert Shwartzman completed the podium in third in what was another eventful race.

ART Grand Prix’s Christian Lundgaard spun round in the second chicane after being tapped from behind, dropping to the back of the pack.

Moments later, Charouz Racing System’s Enzo Fittipaldi ran off the track at Lesmo, but was able to continue.

Prema driver Shwartzman was holding back his team-mate Oscar Piastri in the early stages of the race, which led to the Australian being attacked by Theo Pourchaire. The Frenchman was able to pass Piastri on lap three after an intense battle.

The HWA Racelab team-mates then made contact in the second chicane, and the virtual safety car was deployed to clear Jake Hughes’ car.

Drivers outside the top 10 started to battle hard when the track went green again.

Halfway through the race, both Shwartzman and Lawson passed Vips to get into the top five.

Piastri was able to retake seventh from Pourchaire on lap 14, which prompted the ART GP driver to defend from Virtuosi Racing’s Guanyu Zhou.

Both Pourchaire and Zhou went side by side a few times before the French driver locked up his front left-tyre and went wide at turn one.

Zhou moved up to eighth then, and went on to close the gap with Piastri, but was unable to attempt an overtake on the Australian.

Campos Racing’s Ralph Boschung, who had been running 10th for most of the race, took advantage of Pourchaire’s tyre damage and pulled off a great move around the outside in the first chicane to claim ninth.

In the last few laps, Beckmann ran wide at turn one, allowing Viscaal to pass him for second place.

The German would eventually cross the line in fifth after Shwartzman, and Lawson overtook him with one lap to go.

Carlin’s Dan Ticktum, who had started last, was able to recover to 11th, making some good moves in the process.