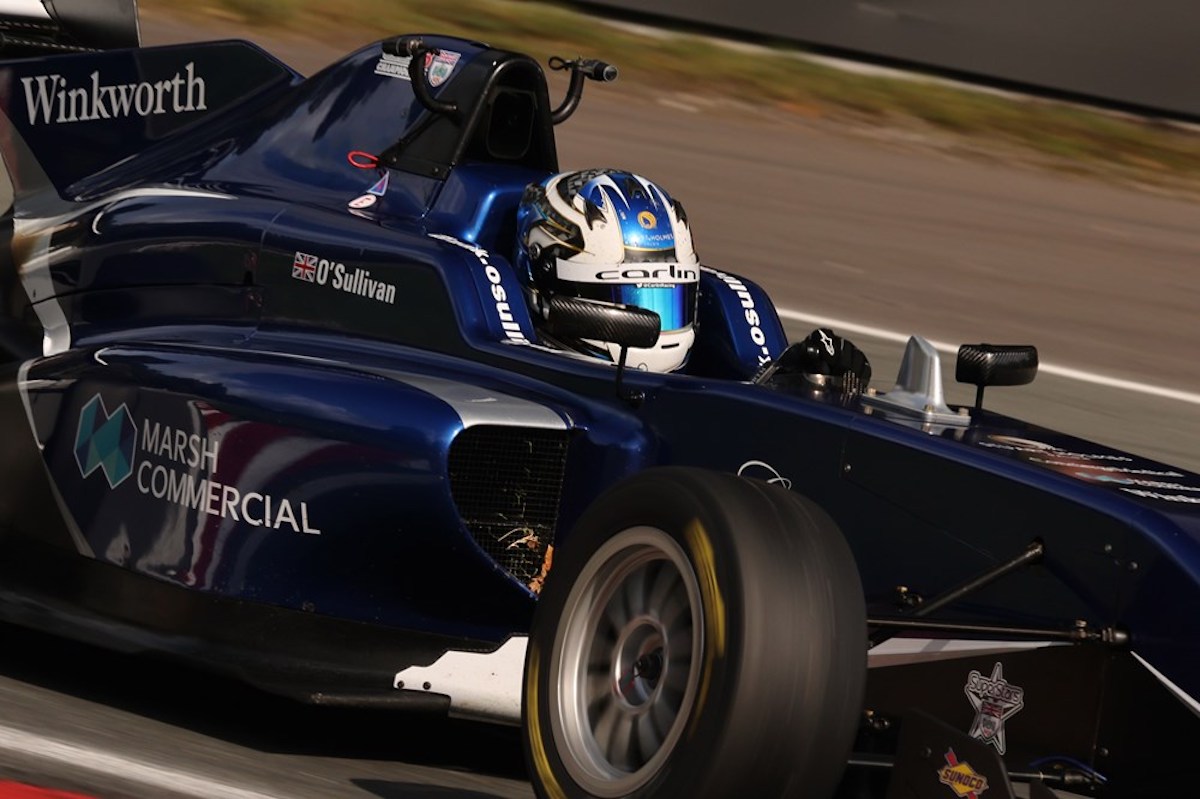 Zak O’Sullivan took his fifth GB3 victory of the season by dominating the opening race at Oulton Park from pole position.

The Carlin driver resisted pressure from Fortec Motorsports’ Luke Browning through the first few corners before reeling off a series of fastest laps to edge clear and eventually win by 3.8 seconds.

Ayrton Simmons tried to challenge the front two off the line, but was forced to slot into third, and dropped almost two seconds behind Browning early on.

The Chris Dittmann Racing driver closed the gap late on, but Browning held to take second by 0.5s on his debut.

Fortec’s Roberto Faria ran fourth throughout, initially following in the wheeltracks of Simmons before fading to 3s behind.

CDR’s Branden Lee Oxley finished ninth after gaining three positions at the start, while Sebastian Alvarez held off a train of cars to finish 10th for Hitech.

The result leaves O’Sullivan with a 126-point lead over team-mate Mansell which, if he maintains in Sunday’s two races,  will be enough to seal the title this weekend.