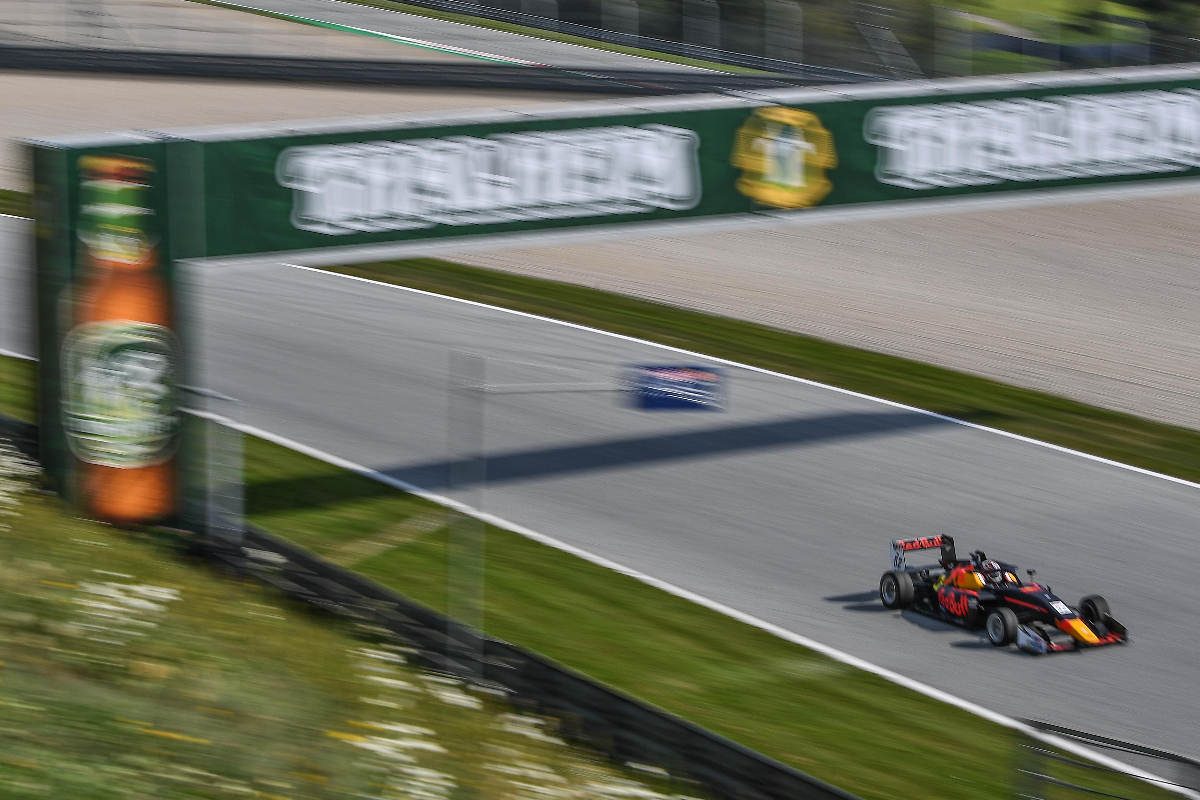 Jak Crawford obliterated his Euroformula opposition in race one of the weekend at the Red Bull Ring to keep his slim title hopes alive.

The Red Bull junior has missed several races this season, but has taken pole in every round he has contested and has now won five races too.

After a strong start from pole, the American settled into his own groove and streaked away from the rest of the pack.

His Motopark team-mate Cameron Das started second, but was passed by CryptoTower Racing Team’s Louis Foster around the outside of the first corner – despite Foster then running wide off the track – and from then on those two were locked in battle.

Das was unable to reclaim second place, although he did get alongside Foster at turn four on two occasions, and had to settle for a small cut into his points lead in third place.

Motopark’s debuting third driver Reshad de Gerus finished fourth on the road, but the Frenchman jumped the start and was handed a five-second penalty that dropped him behind Van Amersfoort Racing’s Cem Bolukbasi.

Nazim Azman finished sixth ahead of Rafael Villagomez – who evaded a track limits penalty after several warnings. Zdenek Chovanec wasn’t so lucky, as the Double R Racing driver got a two-second penalty and then a 3s penalty for repeated track limits violations.

His team-mate Josh Mason was set for strong points until he had two offs on one lap late in the race and retired in the pits, while CryptoTower’s Filip Kaminiarz had a big spin at the final corner but just avoided the barriers and ended up finishing 13th behind staller Enzo Scionti.