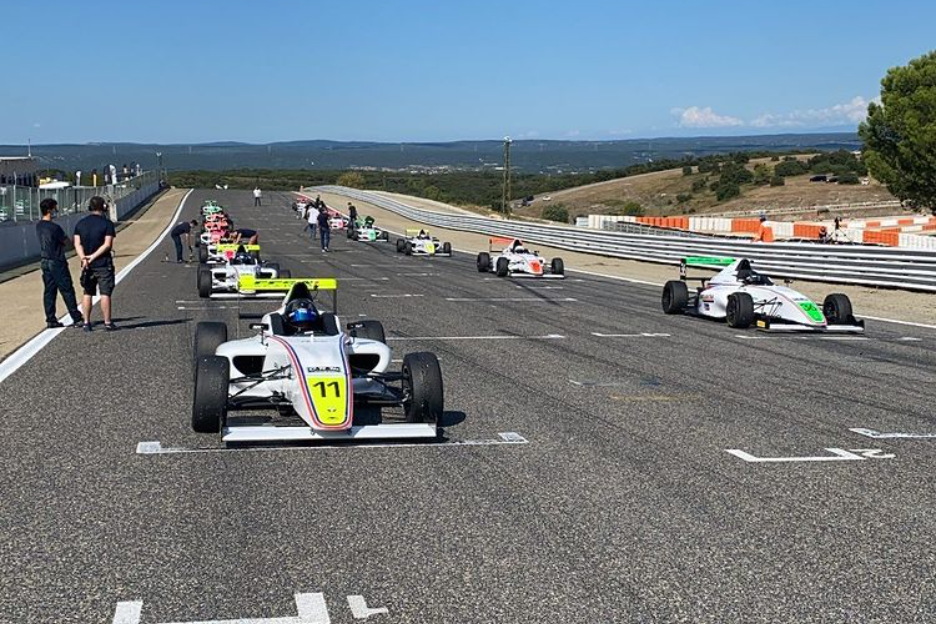 The pair shared the front row for the race, and early on Geraci was all over the rear of Provost’s car despite having an awful launch off the line.

Several lock-ups meant he dropped back slightly in the middle of the race, although the top two still broke away from the rest of the 14-car grid, then he started to close back in on Provost.

On one lap he had two lock-ups but still forced the leader into defence, then with a few laps to go Provost upped his pace. This prompted Provost to push harder, so much so that the lock-ups got more frequent and lasted for longer.

Somehow this didn’t kill Geraci’s tyres, and he maintained his challenge of Provost but could not find a way to truly challenge him for the lead and had to settle for second.

Daniel Ligier finished third after passing Dario Cabanelas midway through the race, but there was a gap to the top two he could not close down. With two laps to go Cabanelas then through away fourth place by spinning at the final proper corner of the track.

Maceo Capietto had passed Owen Tangavelou and Barter in one go to get fifth, but he had to run off track to avoid Cabanelas and ended up conceding positions to Barter, title rival Esteban Masson and Gael Julien.

He was able to quickly put Julien back behind him, but finished a dissapointed seventh. Julien had earlier been involved in an incident where he span Alessandro Giusti out of fifth place.