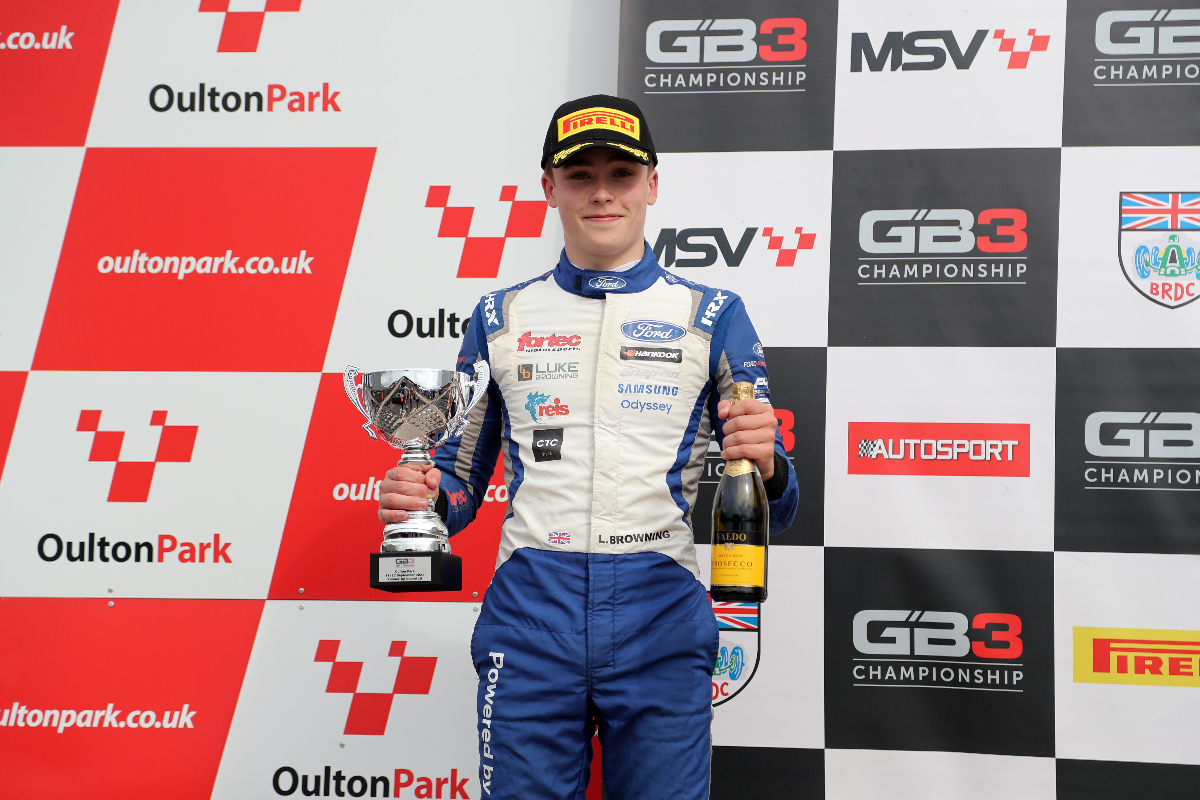 His car’s skid block was found to not be within the minimum dimensional requirement at the front left measurement position.

The amended results also impacts Zak O’Sullivan, who won the race. His points lead has now grown by two points less, and means his margin over Carlin team-mate Mansell is now 124 points.

Mansell’s advantage over Faria for second in the standings is reduced to three points, with Simmons now just two points further behind.

Reigning British Formula 4 champion Browning has so far impressed on his first weekend in GB3, qualifying second for the first two races.

Having been stripped of his podium finish, Browning will have a chance to make amends from the front row in race two on Sunday. Prior to having his podium taken away, Browning was thrilled about the result.

“A good welcome home I guess,” he said, referring to the fact he’s primarily raced in ADAC F4 this year abroad.

“We wanted to get Zak at the start but it didn’t quite work out and then it is what it was from then. The pace wasn’t bad but we just struggled a bit towards the end but it’s something I can work on back in the workshop.

“Once you get in that dirty air and overuse your tyres a bit it’s very hard to be consistent at the end of the race. That was our game plan really, to pass him at the start and I don’t think he’d have been able to get past me, it would have been a reverse of what we’ve just seen, but in my favour. These things happen, but not a bad debut.

“Hopefully tomorrow we’ll be challenging into turn one and two again!”