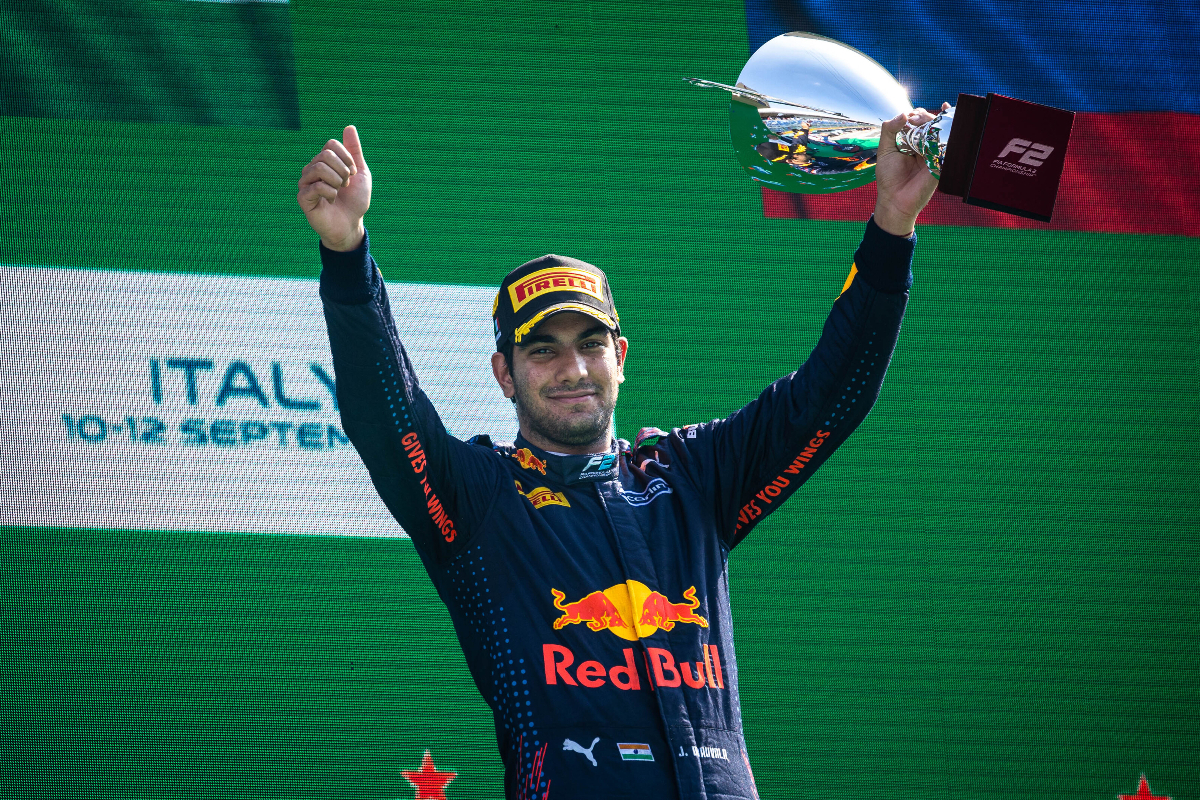 Carlin’s Jehan Daruvala feels that his first Formula 2 race win of 2021 was overdue, and is targeting two in a row at Monza.

Daruvala dominated the second sprint race of Saturday by overhauling Campos Racing’s David Beckmann to take the lead at the start, and then taking off into the distance.

It was the Red Bull junior’s second F2 win, adding to his victory in the 2020 season finale on Bahrain’s Outer loop.

“I think it’s definitely overdue,” he said. “We’ve been quick in the races, not so much in qualifying.

“My goal for this weekend was to make a step forward in qualifying, and we did that. That was one step that we made, and now to win the race was another step.

“I think we start in the same place tomorrow, so a start like that again and I think we have another chance of winning tomorrow.”

Sunday’s feature race offers more points than victory in a sprint race, and a second successive win from second on the grid could lift him to fourth in the standings after a sophomore season so far that has not matched his pre-season targets.

“I’ve had some ups and downs this year,” Daruvala told Formula Scout, as he said his focus has switched solely to race wins.

“It’s been one good weekend, one bad weekend, so I want to get over that rhymn as such. Hopefully I can back this up tomorrow with a win or even a podium and them come back again at Sochi.

Pace management was the key to his Saturday win, which he went into detail on.

“It was a really well-executed race from my side. I got a good start, which was the plan and to try to break DRS as soon as possible.

“Also, there was a bit less of a headwind than there was this morning, so the tow was a little bit less effective so that helped me out in the beginning.

“But once I got in a good rhythm I had a good pace and could just slowly open the gap. Once it got to around five seconds I tried to maintain my tyres and keep them in a good shape in case of a safety car or another VSC.”

He added that he couldn’t afford to relax during the race despite his growing lead.

“Sometimes you go slow and you’re in the lead you can lose temperature, so I just tried to keep banging the laps in and sticking to what I felt comfortable, and it worked out well. The car was really good.”