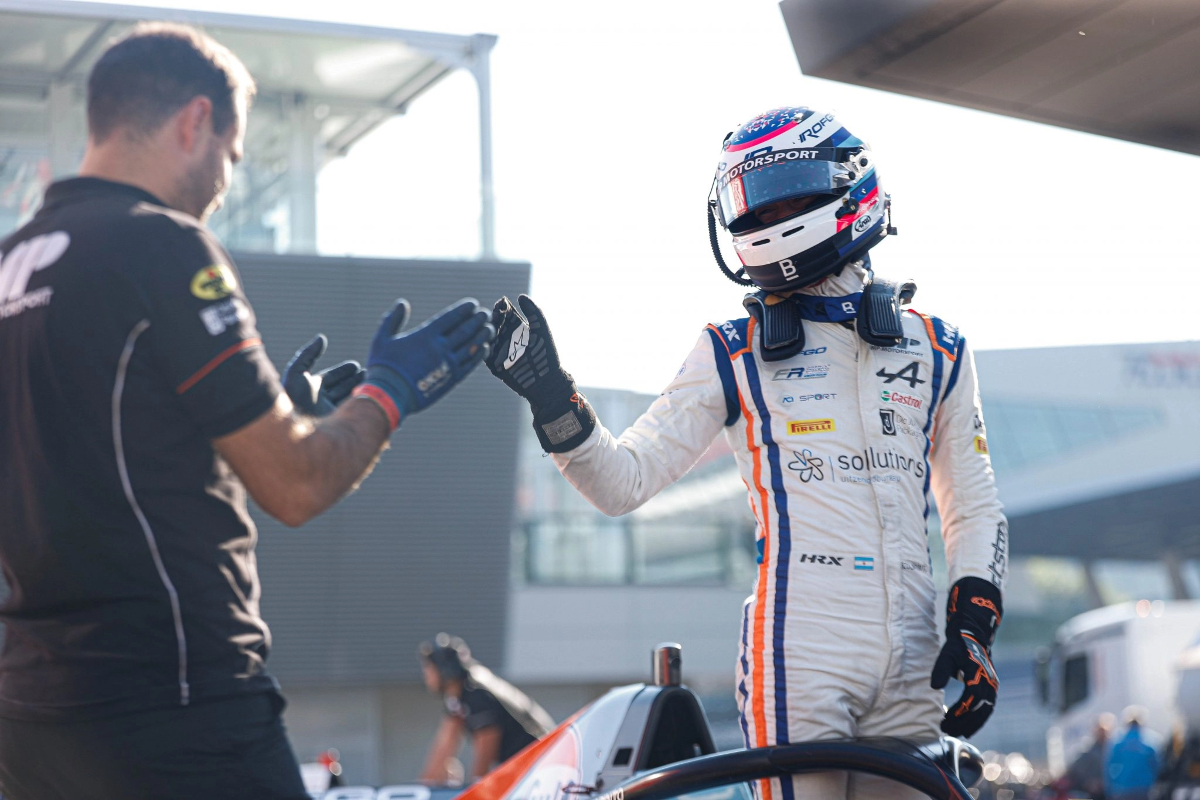 Franco Colapinto converted pole position into victory in the first Formula Regional European Championship race of the weekend at the Red Bull Ring.

As in previous years, overtaking proved difficult with the Tatuus T-318 car and the order of the cars at the finish only had a few changes from the starting grid.

MP Motorsport driver Colapinto led from start to finish, with the two occasions where he looked under threat coming early on. At the start he had to chop across R-ace GP’s Hadrien David to prevent him from getting alongside for the first corner, then a safety car period that began the next lap – and caused by David’s team-mate Lena Buhler ploughing into JD Motorsport’s Tommy Smith at the Remus hairpin – where he had to fend off David again at the restart.

The fastest lap was traded between Colapinto and David before it bandied around the order as the top two preserved their tyres. In the second half of the race they upped the pace again though, with the gap between them swinging by more than half a second each lap and helping them pull away from Prema’s Paul Aron and Arden’s Alex Quinn.

A late crash for Alexandre Bardinon meant the race finished behind the safety car and closed the top four back together, ensuring Colapinto’s first win.

Points leader Gregoire Saucy finished fifth. Early on he fended off Gabriel Bortoleto, who eventually finished behind Michael Belov after being pressured into a mistake.

Behind them, William Alatalo, Zane Maloney and Isack Hadjar rounded out the points. Maloney passed Hadjar and Gabriele Mini at the first safety car restart, and the trio battled for most of the race along with Mari Boya who cleared Mini for 11th.