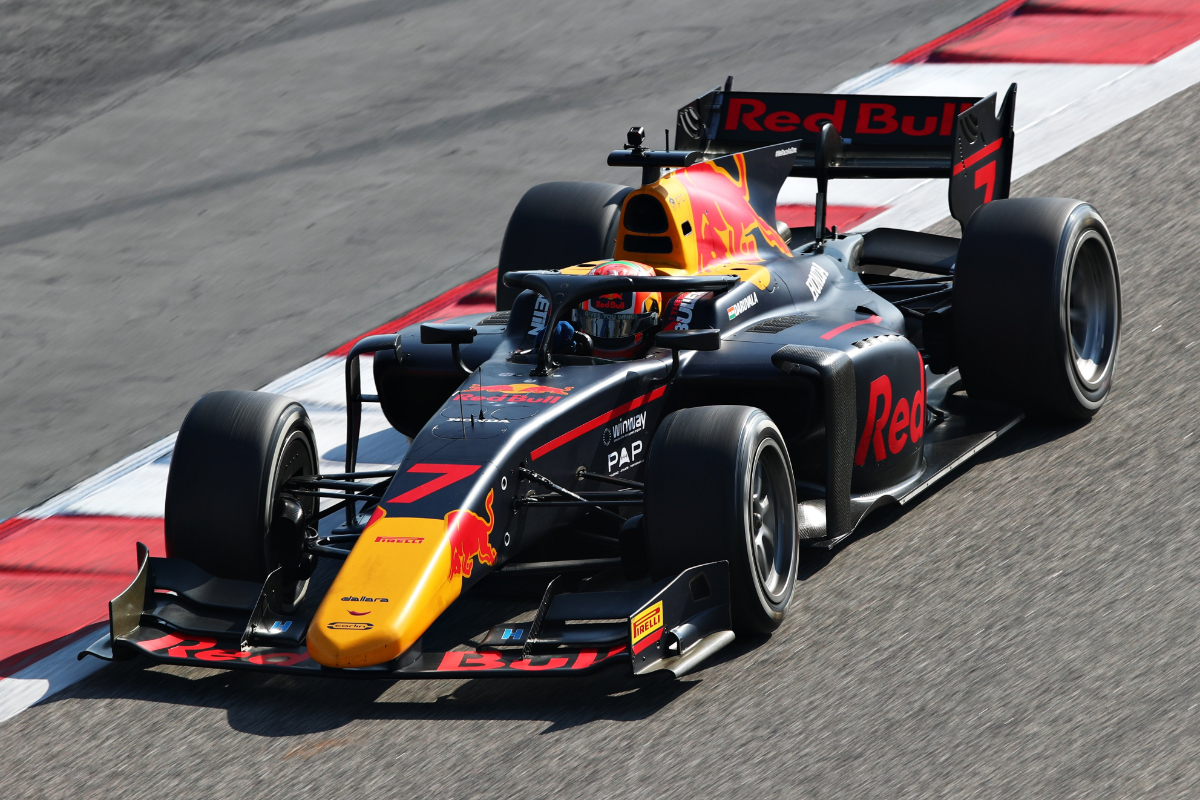 Jehan Daruvala rounded out the second day of Formula 2’s post-season Bahrain test at the top of the order.

The Carlin driver and Prema’s Robert Shwartzman were the only drivers to set sub-1m42s laptimes. A late improvement from Daruvala left him with a 1m41.686s, 0.167 seconds quicker than Shwartzman.

Reigning FIA Formula 3 champion Oscar Piastri set the pace in the first half hour of the session, though his 1m44s time indicated there was still lots of room for improvement.

Shwartzman and Virtuosi Racing’s Felipe Drugovich both lowered the benchmark before a 1m42.034s time put Daruvala top of the times.

The session resumed with just under 20 minutes on the clock, and Daruvala was able to find two more improvements before the chequered flag.

Drugovich and MP Motorsport’s Louis Deletraz had limited running, only completing 26 and 23 laps respectively compared to Armstrong’s 40. Despite this, they ended the day seventh and eighth on the timesheet.

After setting the pace early on, Piastri’s afternoon also featured limited running, with just 19 laps completed and an end-of-day position of 14th.