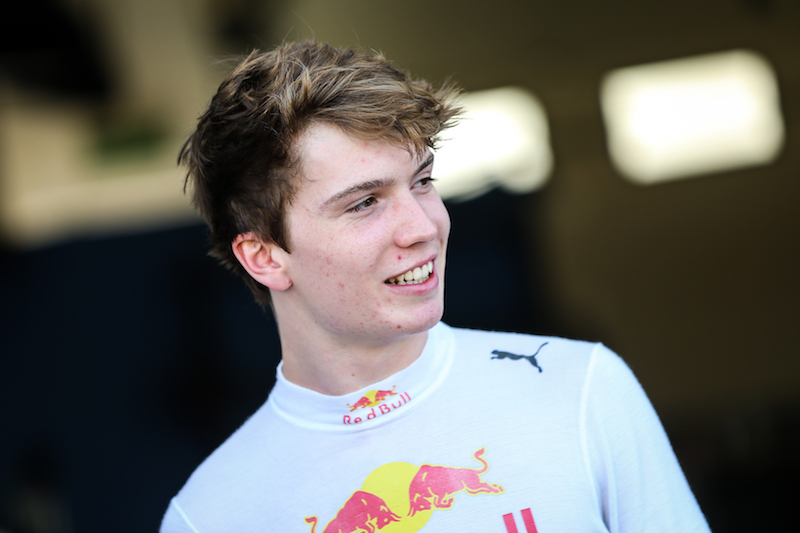 Dan Ticktum has been named as the 2017 winner of the prestigious McLaren Autosport BRDC Award.

He wins a test in a McLaren F1 car and the offer of a simulator role with the team during 2018, although he is already part of the Red Bull Junior Team.

Ticktum was chosen following an on-track assessment at Silverstone in Palmer Formula 2, Mercedes DTM and McLaren GT machinery, as well as fitness tests.

The 18-year-old made a full-time return to racing this year after serving a 12-month ban for an incident behind the safety car in an MSA Formula race at Silverstone.

He finished seventh in the Formula Renault Eurocup, as second best rookie behind Fewtrell, and also contested the final three rounds of the GP3 season, scoring well enough to be 11th in the standings.

His last-lap Macau win came on only his third appearance in F3, and he confirmed upon receiving the award that he will contest a full European F3 campaign with Motopark next season.

How Ticktum?s Macau Grand Prix glory showed his class as well as luck

“I had an amazing weekend in Macau and this has exceed that,” he said.

“I cannot put into words how proud I am right now to have won this award.

“It’s been an incredible experience right from the outset. The two days were incredibly difficult and having to wait six weeks to find out who the winner was was agonising to say the least.

“People know I had a tough career to start with and there have been some very important people who believed in me – particularly Red Bull, Christian Horner, Dr Helmut Marko – they’ve given me a chance and I hope I can do them proud.

“I fought back and learned from my mistakes and my immaturity and I’m stronger because of it.”

Harrison Scott won the Graham Hill Trophy, awarded to the British driver with the most meritorious performance in single-seater racing, thanks to his record breaking run in EF Open this season. Former winners include Alexander Albon, Lewis Hamilton and Sam Bird.

Lando Norris took home the Richard Seaman Trophy, having been the top non-F1 driver in the BRDC Gold Star standings, and the Spencer Charrington Trophy, as the top British driver in European F3.