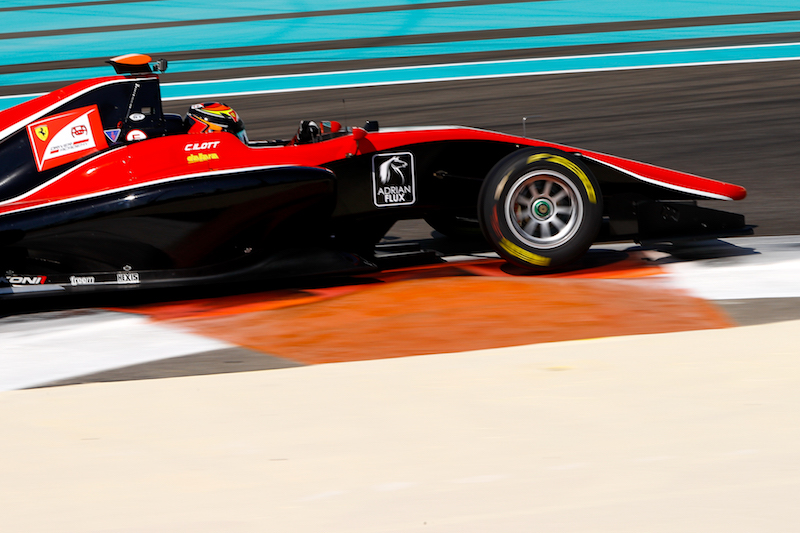 Callum Ilott has signed to race in GP3 with ART Grand Prix?next year in his first full season as part of the Ferrari Driver Academy.

The 19-year-old recently joined Ferrari after finishing fourth in the Formula 3 European Championship with Prema, the end of a three-year stint in the series after moving straight up from karting.

He then won on his first outing with Ferrari’s backing, in the Macau Grand Prix qualification race.

Confirmation of the Briton’s seat with ART in GP3 comes after he tested with the French outfit in Abu Dhabi last week.

“Together with the FDA, we made the decision to do GP3 with ART and I?m really happy with this as the first step in our partnership,” he said.

“ART is a very professional team with a proven track record in GP3 and I am hugely excited to start working with them.

“To be selected by ART for one of its much coveted seats is a real privilege. I am really looking forward to a new car, new tracks and new challenges and showing ART what I can do.”

“I am really happy to welcome Callum in the team,? said ART chief Sebastien Philippe

“He showed during his young career that he has a very interesting potential. We have no doubt at all that he has all the assets needed to fight for the title in 2018.”

Ilott is expected to be joined at ART next year by fellow F3 converts Jake Hughes and Nikta Mazepin.

Former DAMS driver Tatiana Calderon and Formula Renault graduate Gabriel Aubry shared the fourth car in last week’s test but Anthoine Hubert has also been linked to a second season with the team.