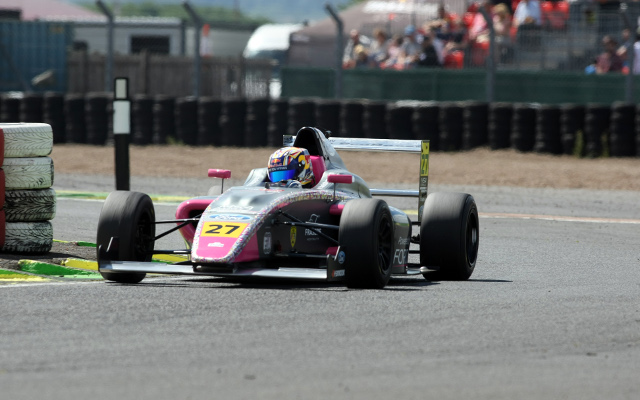 MSA Formula racer Dan Ticktum was excluded from the results of all three races at the Croft round at an appeal hearing earlier this week.

Ticktum had appealed the decision to excluded him from the first race of the 27-28 June weekend, in which he collided with erstwhile leader Lando Norris at the final corner on the last lap.

Ticktum survived the contact to cross the finish line in first place, while Norris was eliminated on the spot.

Fortec driver Ticktum was excluded but appealed before going on to finish seventh in race two and win the finale.

At a meeting of the Motor Sports Council National Court on Tuesday, after viewing video evidence and evidence of both drivers, the decision to exclude Ticktum from the first race was confirmed.

In addition, he was excluded from races two and three, and ordered to pay ?2000 in costs of the appeal.

The decision confirmed Sennan Fielding as the winner of the first race. He had crossed the finish line behind Ticktum and Ricky Collard, but Collard was relegated post-race for inadvertently passing Fielding under yellow flags in the incident zone.

Collard inherits the win from race three, having passed Norris late on as the pair battled Ticktum for the victory.

Ticktum drops to fourth in the standings behind Matheus Leist, while Collard leads Norris by 25 points as the season moves into its second half at Snetterton next weekend.