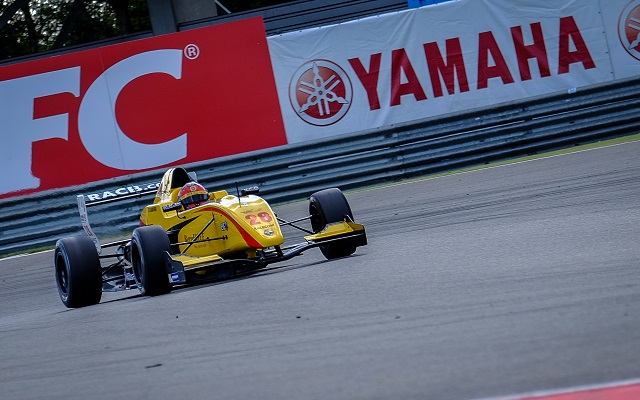 This is Josef Kaufmann Racing’s eighth victory out of 10 races this season but for the first time it was not achieved by Louis Deletraz or Kevin Jorg.

It was Ukyo Sasahara into the lead at the start, taking advantage of a slow getaway from pole-sitter Jorg.

The Swiss driver lost two positions as fellow JKR driver Vanthoor also got past him.

Four laps later, Vanthoor made a successul move for the lead on Sasahara as the Japanese was unable to build a safe lead.

Sasahara managed to stay close for a handful of laps but the Belgian entered the final ten minutes of the race with a lead of two seconds and was untroubled after that.

Sasahara and Jorg completed the podium, followed by Callan O’Keeffe.

Championship leader Deletraz dropped two places at the start to settle into sixth but managed to overtake Harrison Scott to recover one position.