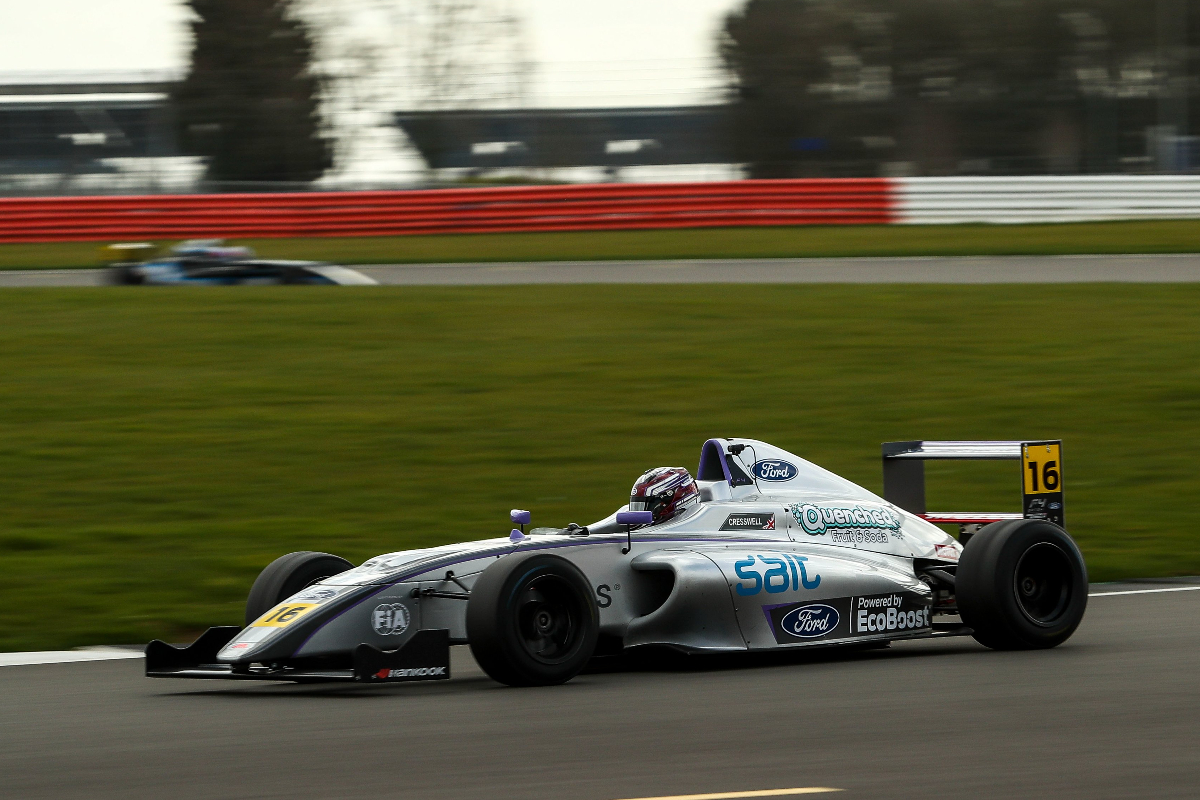 The JHR Developments driver actually set the fastest lap of the day in the early morning session with a 56.052s lap, with the track not getting much faster through the day despite rising temperatures.

Argenti Motorsport’s Aiden Neate and Eduardo Coseteng were the drivers to beat in the other three sessions of the day, with Neate going two tenths slower than Cresswell’s benchmark and Coseteng going slightly faster with a 56.256s in session three and a 56.250 in session four.

Cresswell got pipped by Neate in session two, with the top five covered by just 0.081 seconds. On the day’s overall timesheet it was a gap of 0.198s between Cresswell and Coseteng, with Fortec Motorsports’ Oliver Gray 0.217s back in third place.

Joining the test was South Korean karter Michael Shin with JHR, Anglo-Malaysian karter Nikolas Taylor at Fortec and Cameron McLeod at Arden. Australian Formula Ford graduate McLeod will be making his F4 debut with Arden this weekend, and he missed the first session of Thursday.