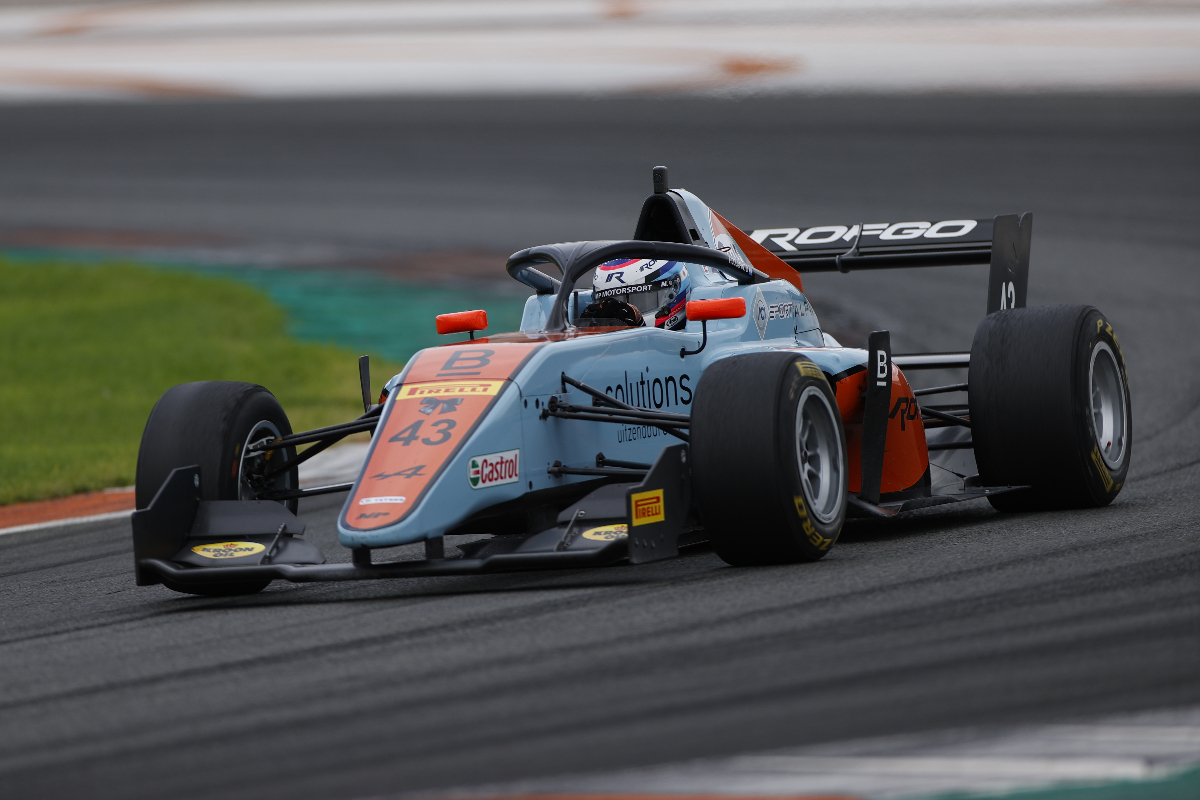 The extra running helped prepare teams and drivers for a track that was swapped into the season’s calendar late on after the Nurburgring round was cancelled following a natural disaster in Germany and the track’s use as a base for relief efforts.

Colapinto was the driver to beat as the track evolved, with G4 Racing’s Michael Belov occasionally challenging him and going 0.091 seconds up on the MP Motorsport driver after 40 minutes.

Prema’s Paul Aron also snuck by Colapinto before he went fastest by over a quarter of a second towards the end of the first hour.

His 1m29.717s to move to the top was enough to keep him there for 80 minutes before another burst of flying laps brought Aron back into the picture as he set a 1m29.722s. Colapinto improved to a 1m29.386s though.

Van Amersfoort Racing’s Mari Boya was next to dethrone Colapinto, setting a 1m29.215s while the previous pacesetter was sitting in pitlane.

He extended his gap with a 1m29.081s before his own trip to the pitlane, and when Colapinto returned to track he didn’t actually return to first place.

R-ace GP’s Isack Hadjar went 0.073s slower than Boya to slot into second with half an hour remaining, while Colapinto was once again in the pits.

The last runs of each driver took place in the final 20 minutes, and the pace rapidly dropped. Championship leader Gregoire Saucy bettered Boya by 0.033s, with Aron, Gabriele Mini, William Alatalo and Hadjar all going faster than Colapinto until he went for his final laps on a far grippier track and rocketed back into first place by half a second.

Belov slipped into second place, 0.283s behind, on his final lap and Boya beat Saucy to third place.