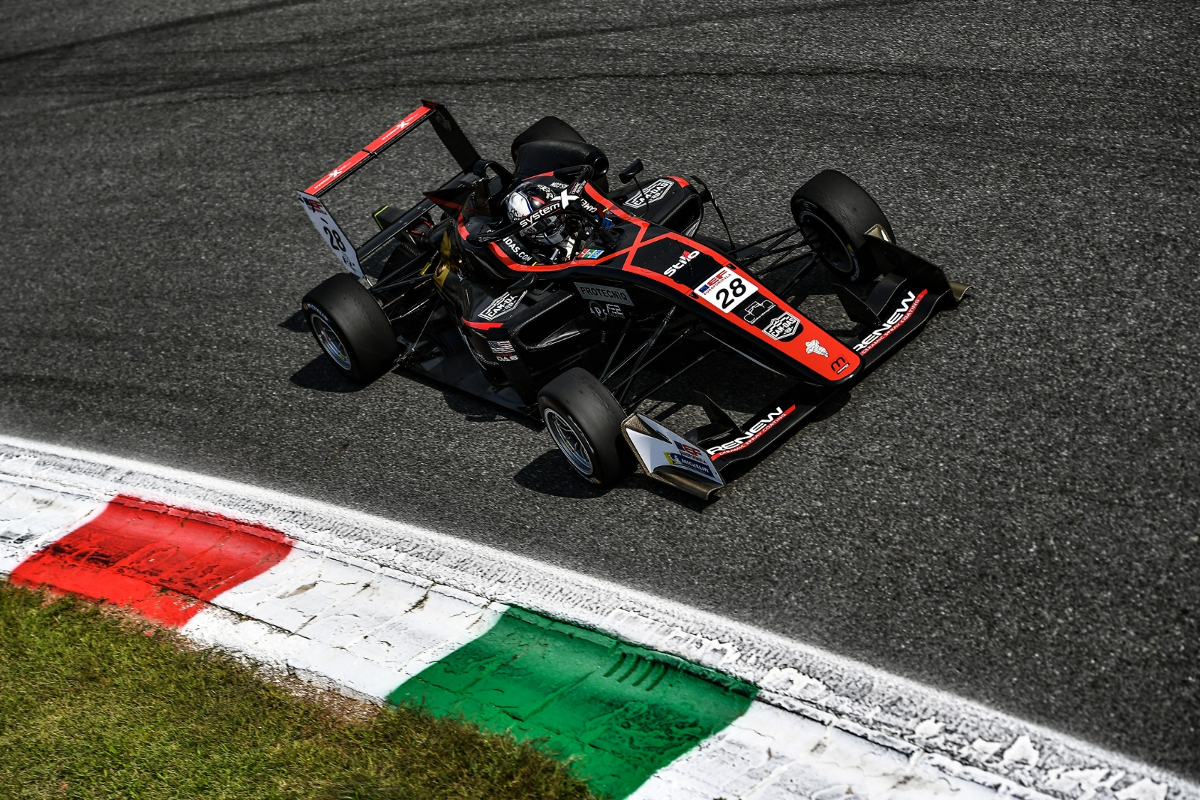 Cameron Das left it late to top the times in Euroformula’s pre-event test at Monza on Thursday.

The points leader headed the first session of the day, where most drivers were just clocking up the laps on older tyres they won’t be racing on this weekend.

Carlin’s Brad Benavides was on top for much of the session on a 1m43.626s, which lasted three-and-a-half hours, but when drivers’ final runs took place he was shuffled down to fourth.

The top six were spread by less than a second, with most recording 30-50 laps bar CryptoTower’s Nazim Azman and Drivex School’s Nico Pino, who had an off.

Pino, who will make his debut this weekend, ended up missing the second session of the day where Mansell set the pace.

This time it was Das who was usually at the top of the timesheet, but in the final third of the 45-minute session it was team-mate Mansell who came to life and brough the pace down by four tenths of a second.

Cem Bolukbasi put Van Amersfoort Racing on top briefly with less than two minutes to go, before Mansell improved and ended the session on a 1m43.472s. It made him the only driver to set their personal best of the day in the middle session.

Session three was identical in length, and was interrupted by a red flag caused by Pino.

Again it was Das who often led the way, although after the red flag the VAR drivers slipstreamed their way to the top. Das was able to strike back with his penultimate lap in the final minute of the day’s running, setting a 1m43.279s that put him 0.175s up on fellow late improver Enzo Trulli.

After not improving from the first session, Foster ended the day in fifth place overall, behind Mansell and ahead of Bolukbasi.

BVM Racing, which returns to Euroformula this weekend after several years away, was one-and-a-half seconds off the pace with its driver Francesco Simonazzi.