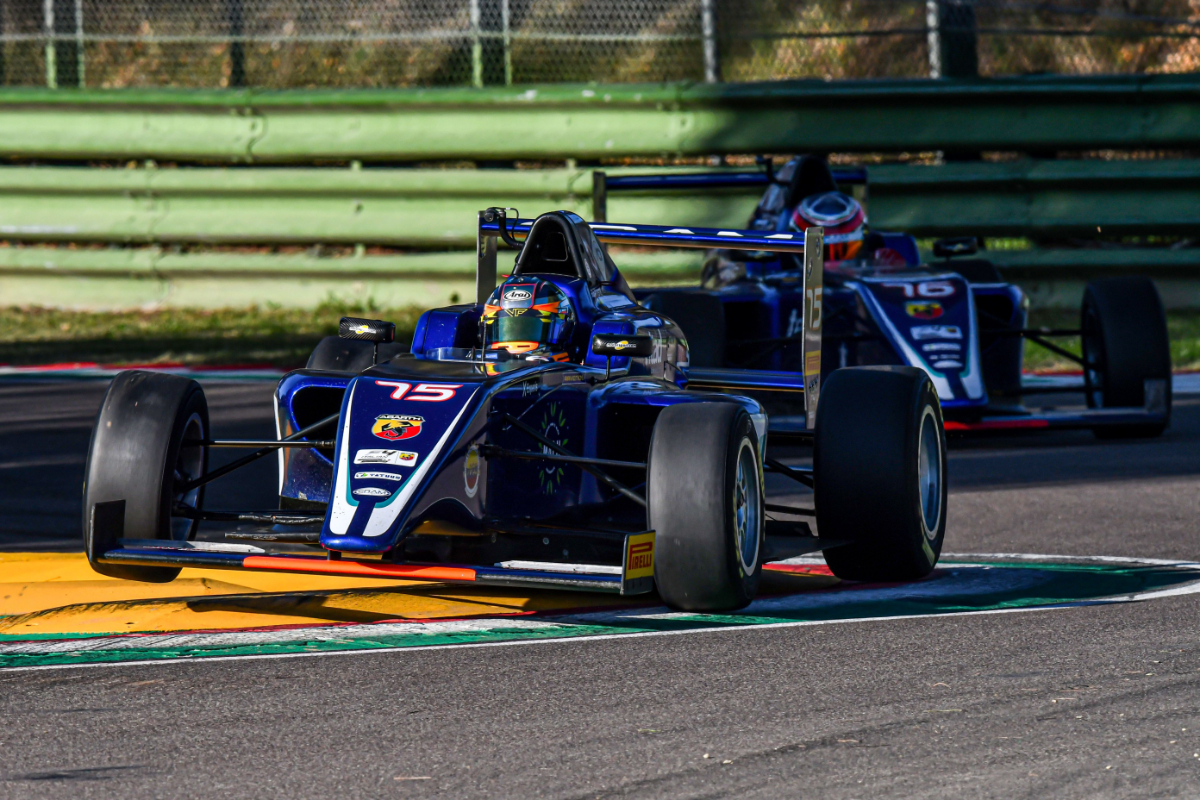 The UAE season begins later this month, and runs for five consecutive weekends, and Cram has announced it will be fielding Trulli together with namesake Enzo Scionti.

Trulli has been testing with several F4 teams as he evaluates his options for this year, and took part in the Italian federation’s Federal School in December. He came 15th in the CIK-FIA European Karting Championship in 2020.

American driver Scionti moved up from junior to senior karting at the end of 2019 and spent much of 2020 racing in Italian competitions. He is using F4 UAE to warm-up for his rookie Spanish F4 campaign with Drivex School.

Cram has also confirmed two drivers who will be racing with the team in the Italian Championship this year.

Colombian karting graduate Nicolas Baptiste, a protege of ex-Formula 1 and IndyCar star Juan Pablo Montoya, made his single-seater debut with Drivex School in Spanish F4, then joined Cram for the final two Italian F4 rounds. He took a best finish of 12th from his nine races across the two series.

Greek driver Georgis Markogiannis also did two rounds with Cram in Italy in 2020, taking a best finish of 16th. The 16-year-old is set to also expand his efforts to a full campaign for 2021.

At the start of last year he was a finalist in the second edition of the Richard Mille Young Talent Academy shootout, which rewarded a prize drive in French F4 for the winner.