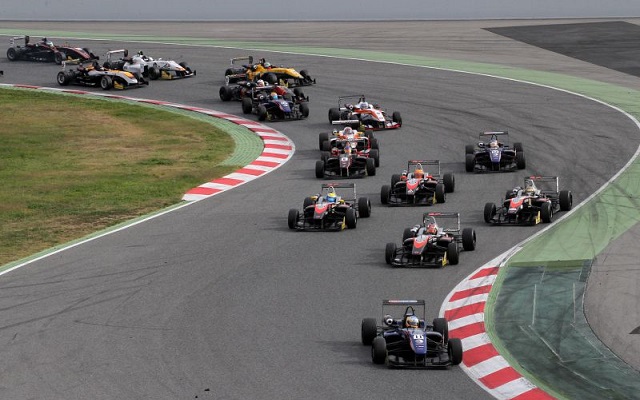 Starting from pole position, Jones enjoyed a smooth getaway and set the pace for the race for the first couple of laps. Soon, however, the UAE driver’ started to slow down and shortly ended up allowing Alexandre Cougnaud to take the lead.

With what looked like mechanical issues, Jones then started to experience a dramatic drop in pace, which saw him lose position after position in the final laps. He eventually wound up fifth, which was just enough to secure the championship regardless of championship rival Sandy Stuvik’s result.

Although Thai racer Stuvik collected more points than Jones throughout the season, he had to drop two worst scores, which amounted to 20 discarded points. Jones himself, having missed the entire first round due to a clash with the Eurocup Formula Renault 2.0, retained all of his.