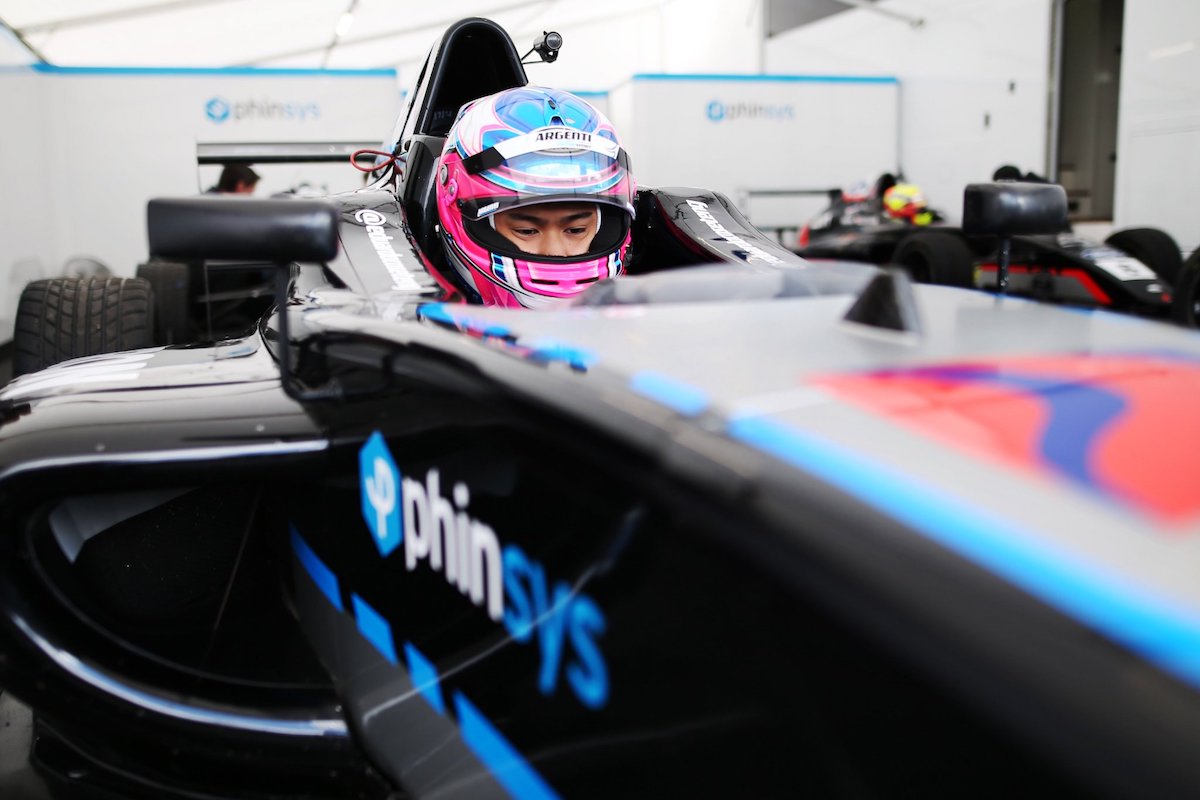 Eduardo Coseteng claimed his maiden British Formula 4 pole position in qualifying for the season finale at Brands Hatch despite bringing out the red flags halfway through the session.

Coseteng had narrowly pipped McKenzie Cresswell to provisional pole roughly halfway through the 20 minute session when he ran off track and through the gravel. The Argenti Motorsport car couldn’t get going again, bringing out the red flags with seven minutes left on the clock.

He couldn’t get back out again when the track was cleared, but his early effort would be enough to secure pole position.

Shortly after the track went green, another off further down the order brought out the red flag again and the chequered flag was waved early.

Only a handful of drivers had managed to improve, and none had come close to Coseteng’s 1m26.916s lap time.

The Argenti driver ended the session 0.005s ahead of Cresswell, who had briefly held pole position early on, and 0.006s ahead of Marcos Flack.

Cresswell takes pole position for race three, where the grid is set by second-fastest lap times, ahead of Matias Zagazeta and championship leader Matthew Rees.

Rees set the pace early in the session, but dropped down the overall order as others found improvements. He would eventually finish seventh overall, less than a tenth of a second behind main rival Zagazeta.

Zagazeta and Rees move up to second and third on the grid for race three.

Joel Granfors took fourth overall ahead of Joseph Loake, one of the few drivers to improve after the first stoppage.

Georgi Dimitrov, who had set the fastest first sector before the first red flag, finished eighth overall, ahead of Zak Taylor and Dougie Bolger.

Tasanapol Inthraphuvasak starts on pole for the reversed-grid second race, ahead of David Morales and Kai Askey.