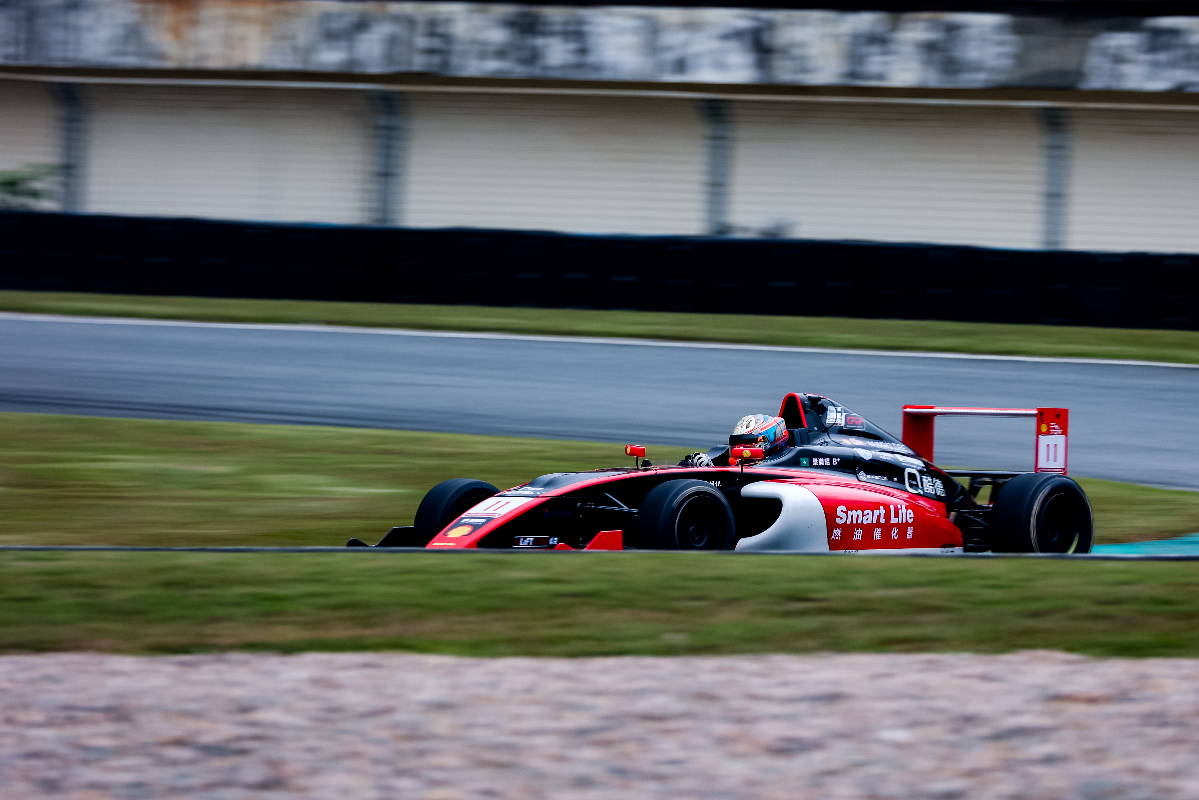 At first they battled, with Leong taking the lead from the poleman. He then let the former Asian Formula Renault and Audi R8 LMS Cup racer back through as Liu is contesting the entire season with the intention of winning the title while Leong’s claiming of the crown in 2017 means he is ineligible for points.

Liu pulled away slightly once back ahead, but he exceeded track limits several times and was handed a five-second penalty.

He was a second clear of Leong at the chequered flag, meaning the Macanese talent claimed his third series win in a row, but more importantly he was only three seconds ahead of Chang. That meant Chang would be classified second and take the points for victory, with Liu and Sicheng  Li then scoring the next highest amounts.

The results of race one were reversed to set the grid of race two, meaning Leong started from 10th place.

He was already in the lead and on course for his 21st series win by lap two, as he overtook six cars on the opening lap. He was helped by some collisions and offs ahead of him, and the four-car battle for the lead on lap two did result in contact and retirement for Liu.

Once ahead though there was no stopping Leong, and he finished 12s clear of Li. Chang finished just behind him third, while Wei was half a minute back in fourth.

After a free practice crash meant he skipped qualifying, Blackjack Racing’s Liu Tiezheng was able to finish the first two races in ninth and 11th, while Champ Motorsport’s Chengru Hu also missed qualifying but picked up an eighth and then a fifth to sit third in the standings.