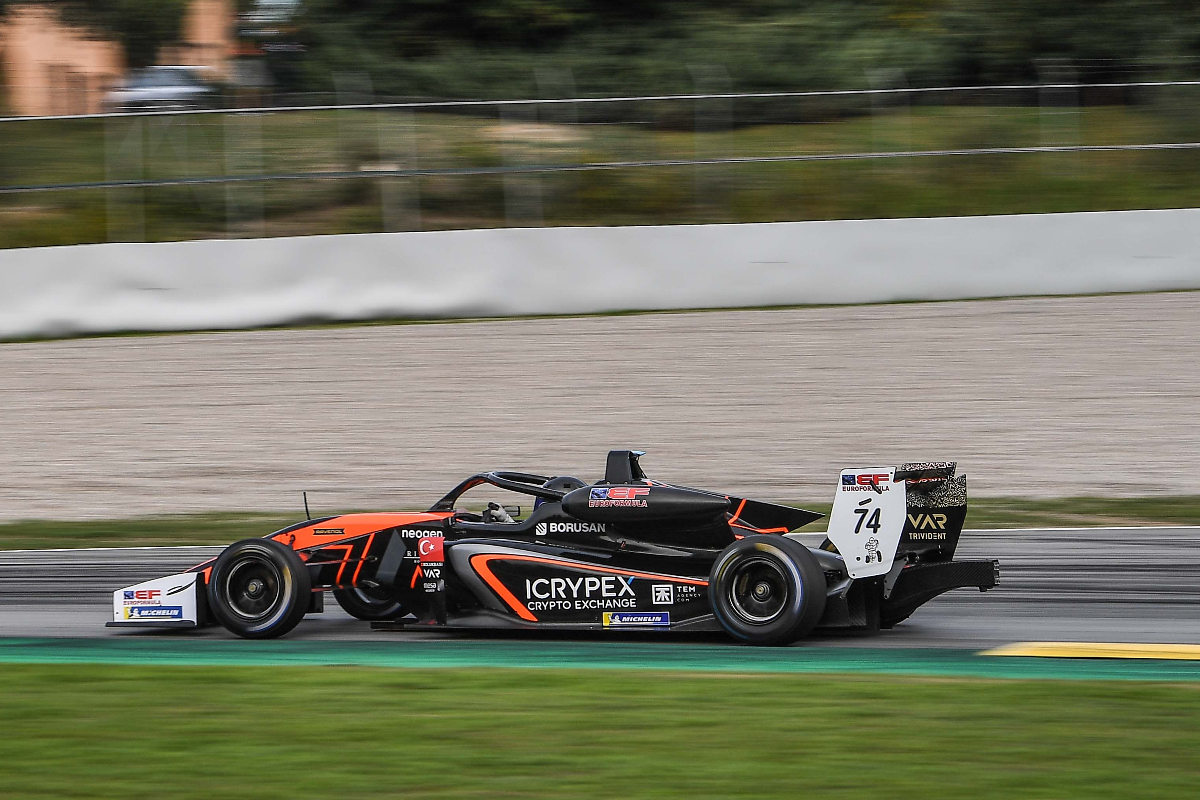 The 25-minute session featured several laps being deleted early on for track limits, notably at the final corner, and it was CryptoTower Racing Team’s Louis Foster who was most consistently at the top between lap deletions.

His effort of 1m35.885s was more than half a second quicker than anybody else could manage up until the middle of the session.

The field pitted for fresh tyres and returned to the track with eight minutes to go, but Foster was not able to find as much time as the rest of the field did, not helped by being held up by Double R Racing’s Josh Mason on his final flying lap.

Instead, it was Bolukbasi who came through to take his maiden pole position with a 1m35.342s.

Championship leader Cameron Das, meanwhile, was able to jump from the bottom of the order to take second place, meaning he will start ahead of title rival Foster. The Motopark driver was just over a tenth slower than Bolukbasi.

Carlin’s Enzo Trulli was third quickest, just ahead of CryptoTower’s Nazim Asman, while Foster was fifth.

Motopark’s Jak Crawford was sixth ahead of Mason, who aborted his final lap, and Motopark’s Christian Mansell was eighth. All three showed the pace during qualifying to take pole.

VAR’s Casper Stevenson and Rafael Villagomez rounded out the top 10.

Brad Benavides and Filip Kaminiarz – the latter not finding much pace until the final effort – were next up.

Guest driver Sebastian Alvarez was 13th fastest ahead of his debut, while fellow guest and newcomer Dexter Patterson was last of the runners.