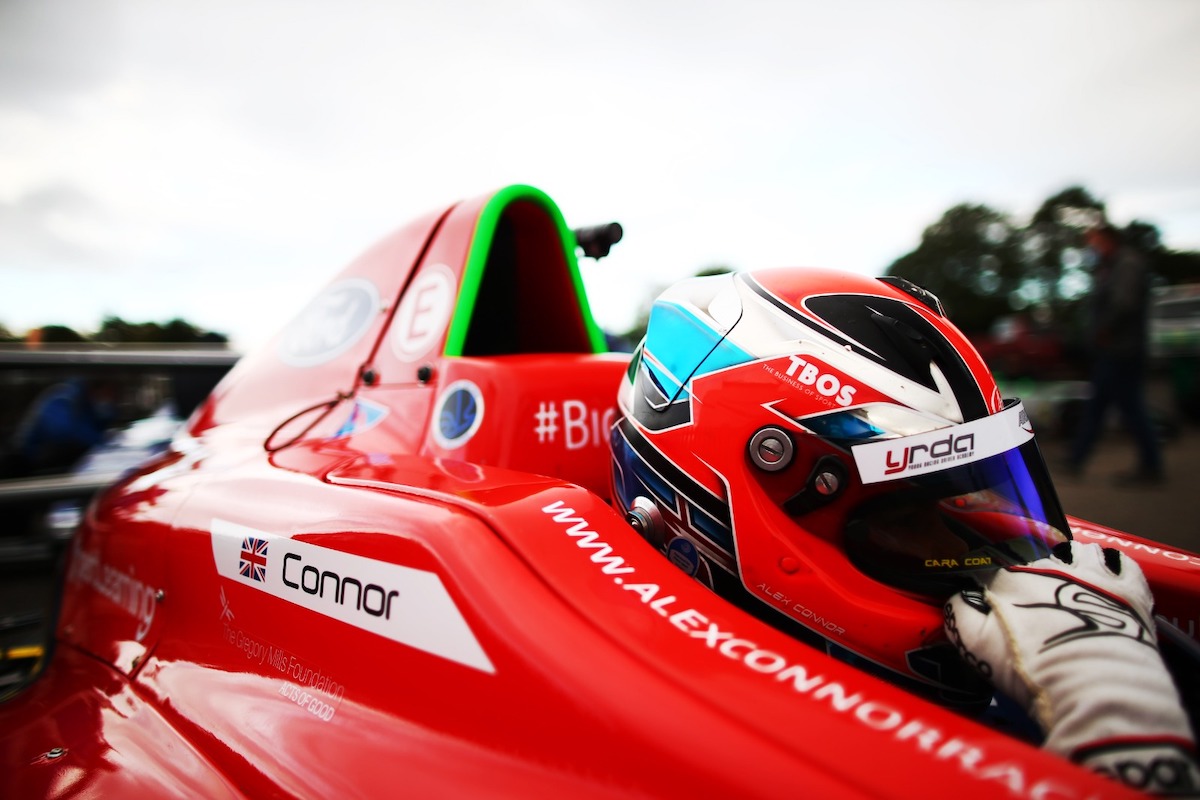 Alex Connor topped the times in free practice ahead of the 2020 British Formula 4 season finale at Brands Hatch.

Unlike most seasons, the final round of the year is taking place on the shorter Indy configuration of the Brands Hatch circuit, having been pushed back by the delays to the start of the season.

Connor was quickest in the second of the two Friday practice sessions, lapping with a time of 46.099 seconds.

Casper Stevenson, who remains mathematically still in the title fight, was second quickest, ahead of joint championship leader Luke Browning. Both were within a tenth of a second of Connor’s time, with Browning ending the day just 0.050s behind the pace setter.

It was Browning’s title rival and championship leader Zak O’Sullivan setting the pace in FP1.

A wet session meant lap times didn’t come close to those in FP2, and O’Sullivan ended the session with a 55.078s lap. Like the rest of the field, O’Sullivan improved on his time in the dry FP2, but only managed to put himself sixth quickest overall, behind the JHR Developments duo of Abbi Pulling and James Hedley.

Frederick Lubin was the fastest rookie of the day, putting himself seventh overall ahead of Roman Bilinski and Christian Mansell, who showed good pace in the wet to place third in the earlier session.

Mattias Zagazeta completed the top 10, ahead of championship returnee Roberto Faria and Juffali.