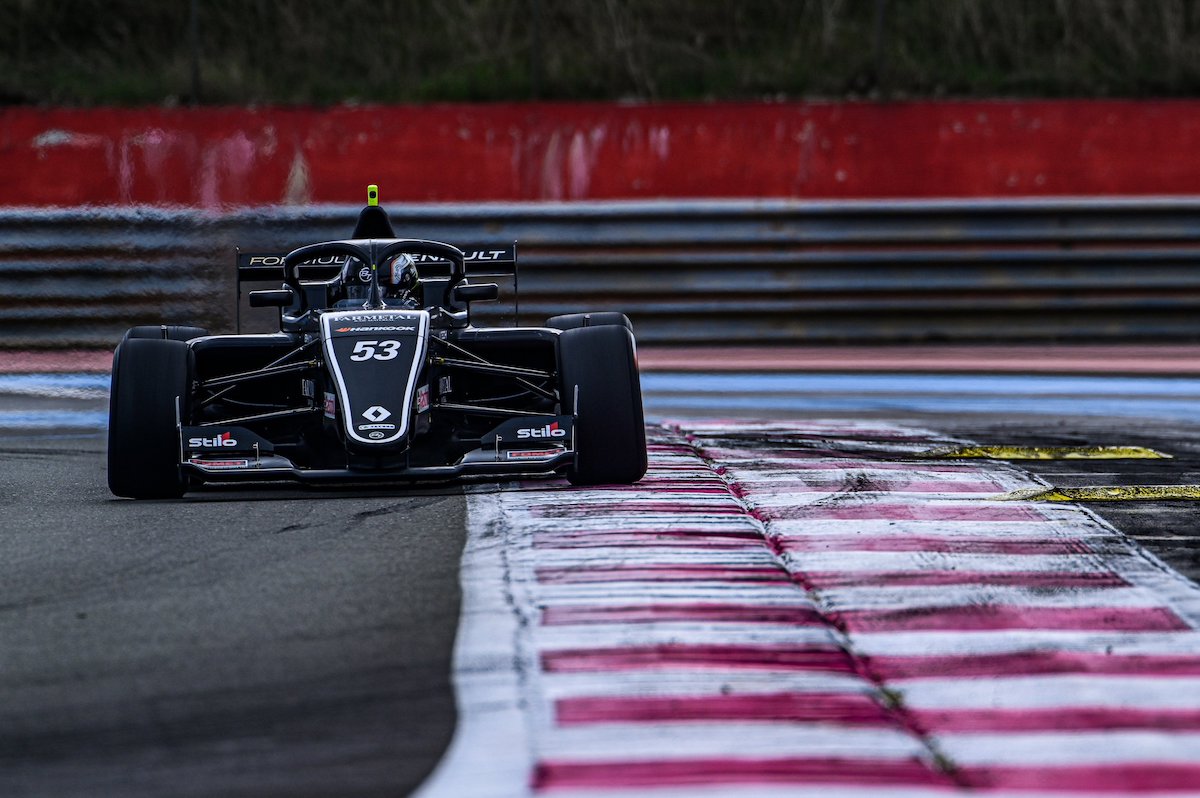 The championship could already be settled in favour of Martins in Saturday’s first race of the weekend, when the ART Grand Prix will secure the title if he finishes in the top six.

A wet track was declared at the start of the qualifying session, although times improved to the point they were only five seconds off the pace set in practice.

Colombo, who took the first Eurocup win for Bhaitech last Sunday at Hockenheim, took top spot away from Collet with six minutes remaining, before Martins went a whole second quicker.

That time from Martins looked like it might hold until Colombo bettered it by 0.18 seconds with his final attempt, a lap of 2m04.066s.

Martins went quickest of all in sector two on his very last effort but could not improve his time.

R-ace GP driver Collet, who must win both races this weekend to stand a chance of winning the title, edged out a late challenge from Arden’s Alex Quinn to take third by 0.012s.

Half a second further back, Franco Colapinto was fifth for MP Motorsport ahead Martins’ team-mates Gregoire Saucy and Paul Aron.