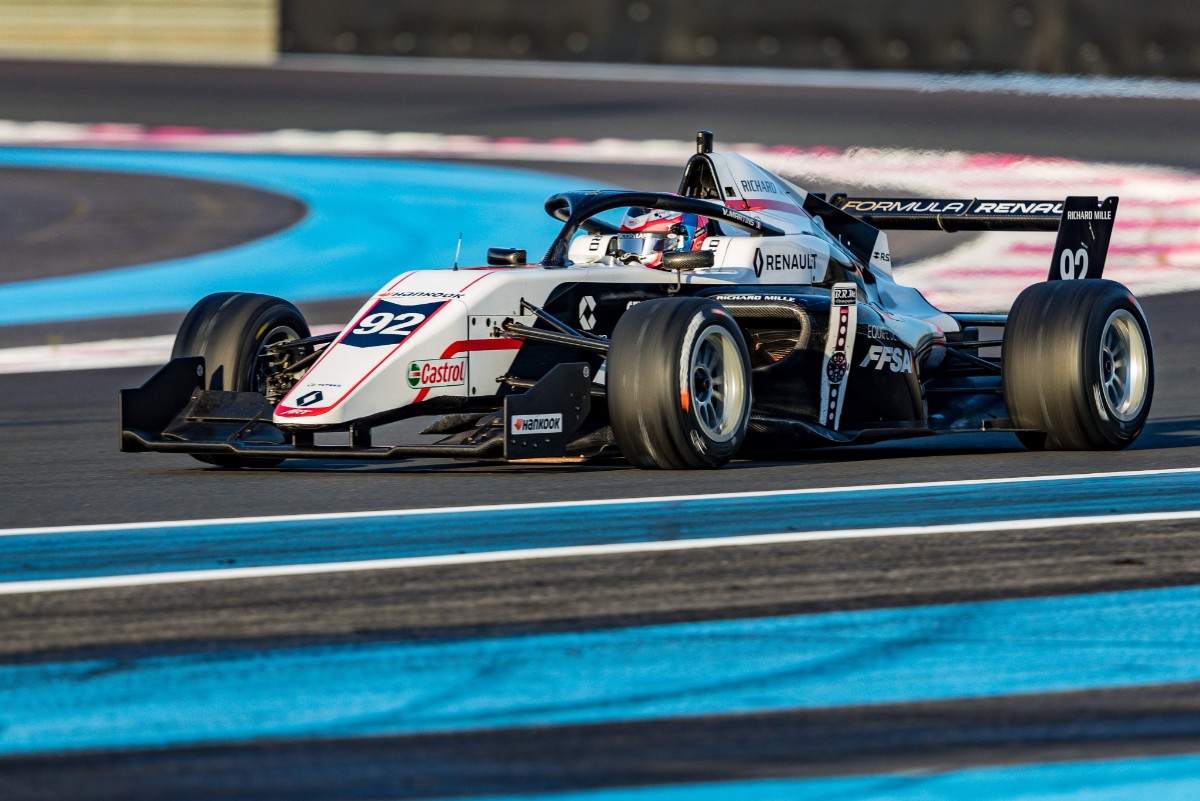 Victor Martins set the Formula Renault Eurocup track record for Paul Ricard in free practice for the series’ final ever round.

After setting an identical laptime to Martins in pre-event testing, Bhaitech’s Lorenzo Colombo went fastest in FP1 by less than a tenth of a second over Martin’s title rival Caio Collet, with Martins himself slightly further back in third.

It was a straight fight between ART Grand Prix’s Martins and R-ace GP’s Collet in FP2, with the latter setting the early pace.

He improved on his benchmark several times before Martins eventually responded and joined him in setting sub-2m00s laps.

With half an hour to go, Collet back was back on top with a 1m59.840s lap, with Martins first sub-2m00s lap standing as his best effort and leaving him in second place.

Neither driver improved until the final few minutes, and this time it was Martins who was quicker as he brought the pace down to a 1m59.097s, just under a tenth faster than Collet.

Colombo didn’t improve on his FP1-topping lap but was still third fastest overall and 0.154s off Martins, while JD Motorsport’s David Vidales made a big improvement in the afternoon to move up to fourth place ahead of MP Motorsport’s Hadrien David.

Franco Colapinto, in the second of MP’s cars, didn’t improve from FP1 to FP2 and he slipped down to eighth place behind Alex Quinn (Arden) and Paul Aron (ART GP), although he was still within half a second of the pace.

Collet’s team-mate Mikhael Belov also failed to improve and he slipped down to 11th, while the debuting Elias Seppanen went 15th fastest and little over a second off the top in the third R-ace entry.