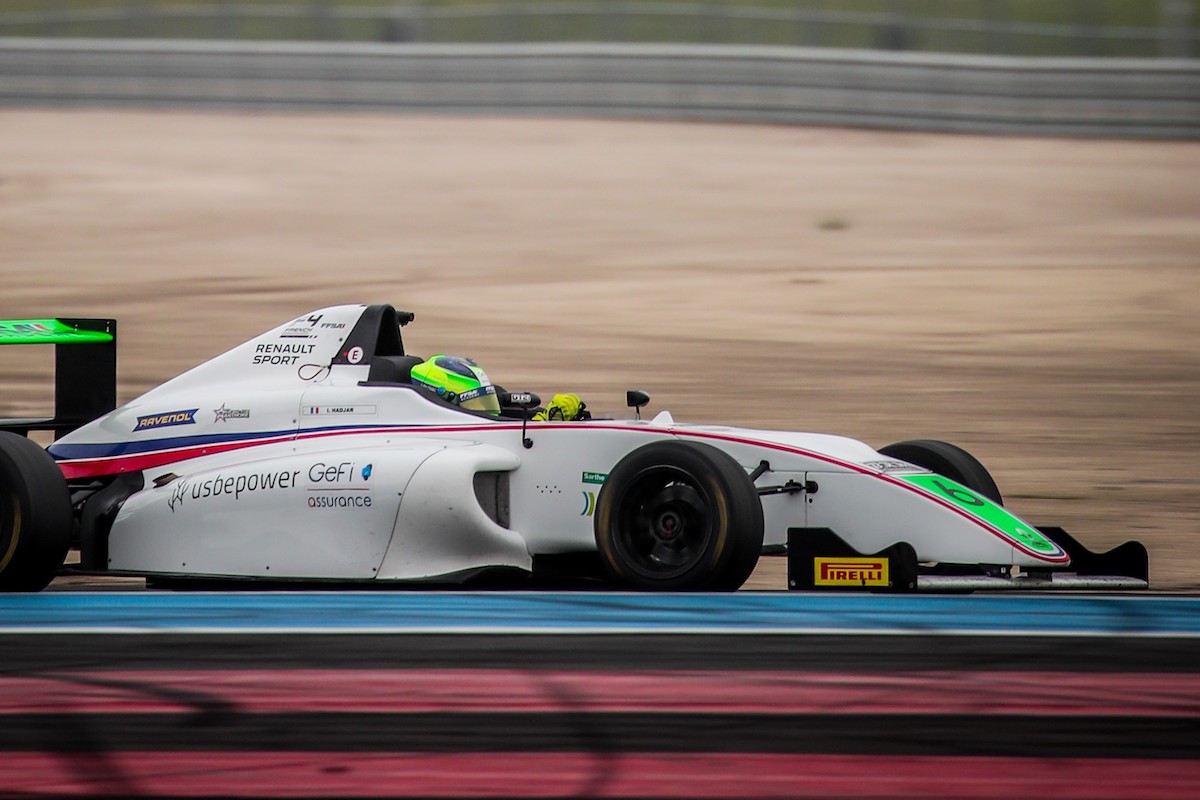 Isack Hadjar held off Ayumu Iwasa to claim his first French Formula 4 victory of the season in the opening race at Paul Ricard.

Hadjar led from lights to flag but was kept under pressure from Iwasa throughout the race.

A series of fastest laps early in the race allowed Hadjar to build a small gap to Iwasa, but he was never able to get more than 0.7 seconds away from the championship leader.

Iwasa held the gap at roughly 0.6s through the second half of the race, waiting for Hadjar to make a mistake in the damp conditions, but Hadjar didn’t put a wheel wrong. He came home 0.534s ahead to take his first win in over a year.

Championship contender Ren Sato spent most of the race running fifth, having to hold off Owen Tangavelou and the slow starting Romain Leroux.

He did a good job of keeping the pair behind him and, as Marijn Kremers joined the fight, he was able to break free in the closing stages of the race.

Sami Meguetounif falling down the order promoted Sato to fourth, but he was still a considerable distance from third-placed Valentino Catalano and without enough time to close the gap.

Sato is now 64 points adrift of Iwasa, who will secure the championship if he ends the weekend with lead over 70 points.