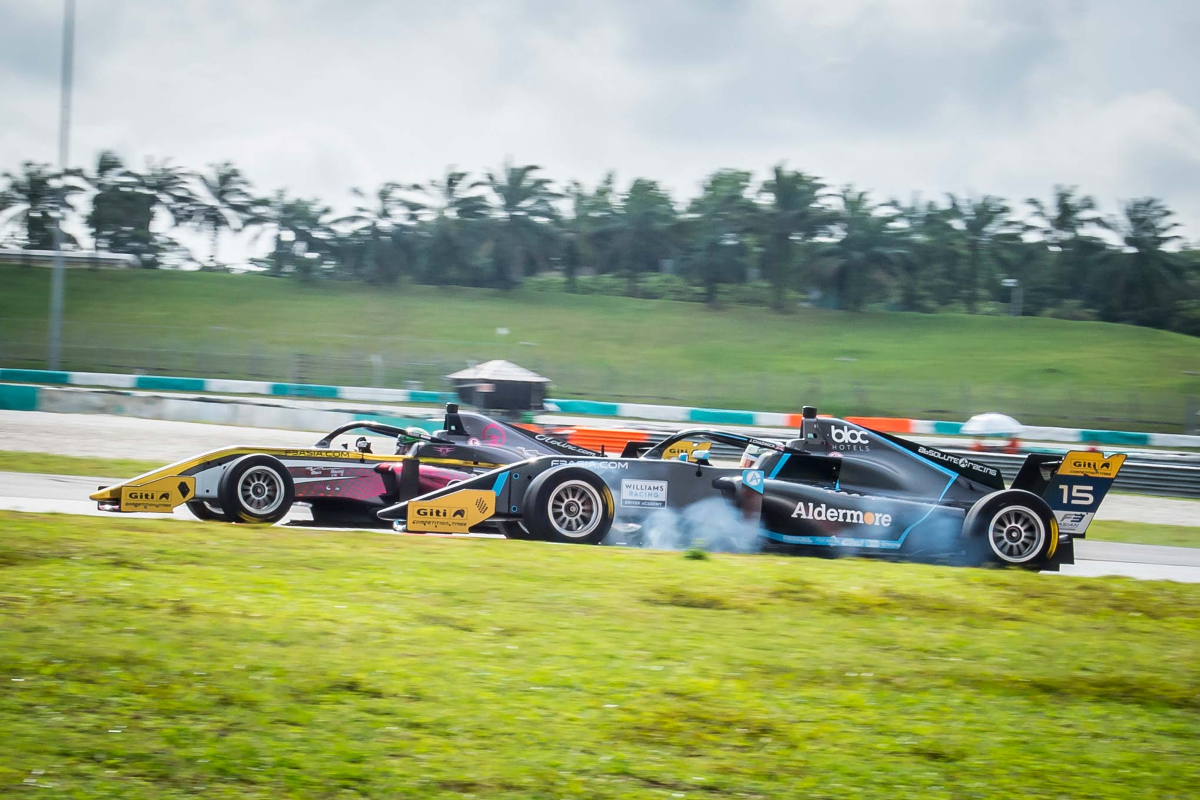 It was understood that a grandfathering in its contract with the FIA meant Asian F3 was allowed to use the F3 moniker through to 2022, although that deal came into question over summer due to two big changes.

The FIA homologation of the Tatuus T-318 car used changed the category name from Regional F3 to Formula Regional, then Jonathan Palmer’s MotorSport Vision company lost the British F3 name after having permission to use it for several years.

Last week the branding of Asian F3 changed to Formula Regional Asian Championship (FRAC), marking the end of the modern use of the F3 name for a category of cars as only the FIA’s own Formula 1-supporting F3 championship uses it now.

Formerly a FR2.0-based formula, the Renault Sport-supported FRegional Asia planned to switch to FRegional cars in 2020 before its season – which included a Vietnamese Grand Prix support slot – was cancelled due to the COVID-19 pandemic.

Both it and Asian F3 had primarily raced in China, but the pandemic led to Asian F3 relocating its racing to the United Arab Emirates and condensing its new winter series format.

While Asian F3 successfully went ahead in full in 2020 and ’21, FRegional Asia stayed in China and recently had to cancel its last planned round of this year. It means it has not raced at all since its planned FRegional switch.

FRAC promoter Top Speed initially declined to comment about its name change when contacted by Formula Scout, but later responded:

“To align with the FIA’s re-naming of the previous F3 regional championships worldwide, the series is now known as the ‘Formula Regional Asian Championship Certified by FIA’, and remains the only official FIA championship for the category in the Asian region. We will continue to support the FIA’s successful programme for young driver development as the official Regional junior single seater series in Asia and a stepping stone to the FIA F3 Championship.”

Other FRegional championships do exist in the Asian region, with the Japanese championship also certified by the FIA and an Indian championship launching for 2022 – with a tie-up between FRAC and the Formula Regional Indian Championship to give the latter’s champion a prize FRAC drive.

Due to shutdown periods in eastern Asia, a response is not anticipated from FRegional Asia promoter Formula Racing Development until the start of 2022 and the series’ continued Renault support will be awaiting confirmation until then.