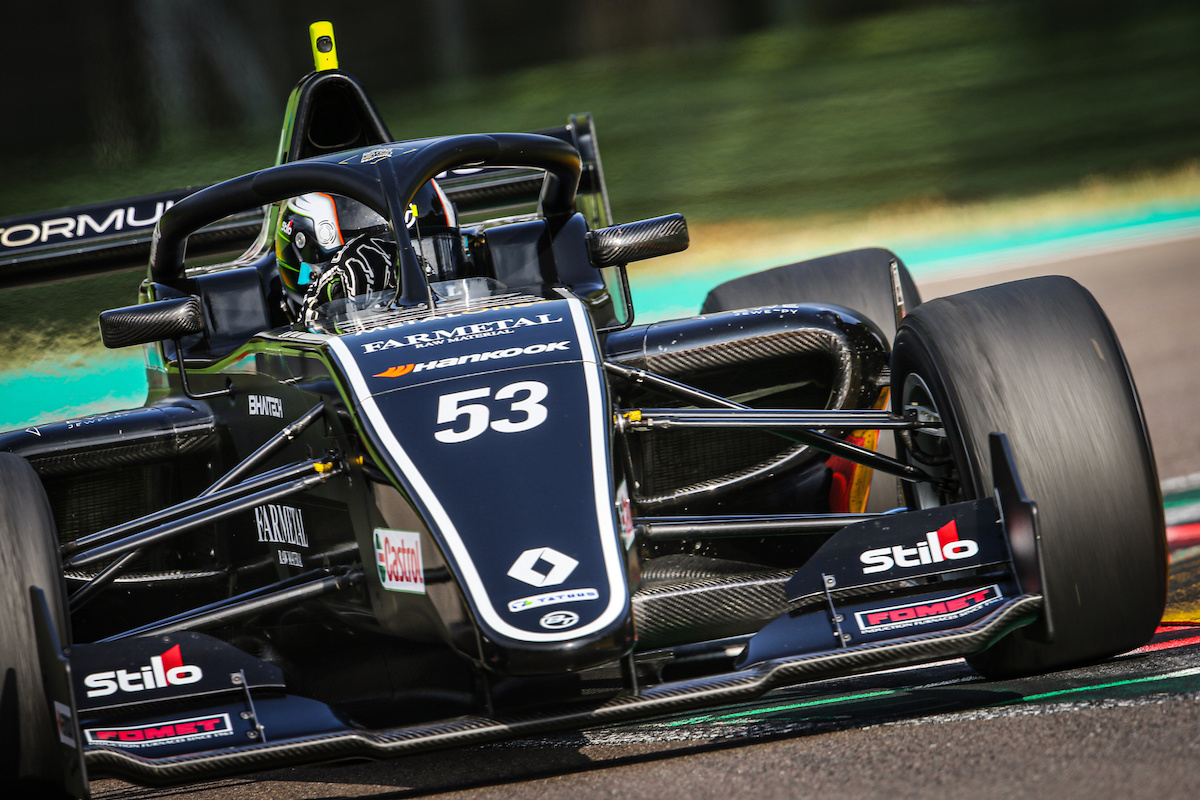 Colombo, who was forced to sit out the last round at Spa in bizarre circumstances, spent the 20-minute session swapping fastest times with Caio Collet and Franco Colapinto.

He was leading the pair in the closing stages of the session when a late improvement from Alex Quinn put the Arden driver on provisional pole.

Colombo found time with his penultimate lap of the session to reclaim the top spot with a 1m40.075s lap, while a wide moment for Colapinto put him on the backfoot.

Nobody could match Colombo’s time on their final laps and the Bhaitech driver, who’s scored just one podium finish so far this season, took pole by 0.034s ahead of Quinn and Collet.

It was a quiet session for Martins who, after topping the lone free practice session, couldn’t quite put a lap together in qualifying. He ended the session fifth quickest, behind Colapinto.

William Alatalo and Hadrien David took sixth and seventh. David Vidales, who won both races at Imola in July on his single-seater debut, was eighth followed by Paul Aron and Gregoire Saucy.