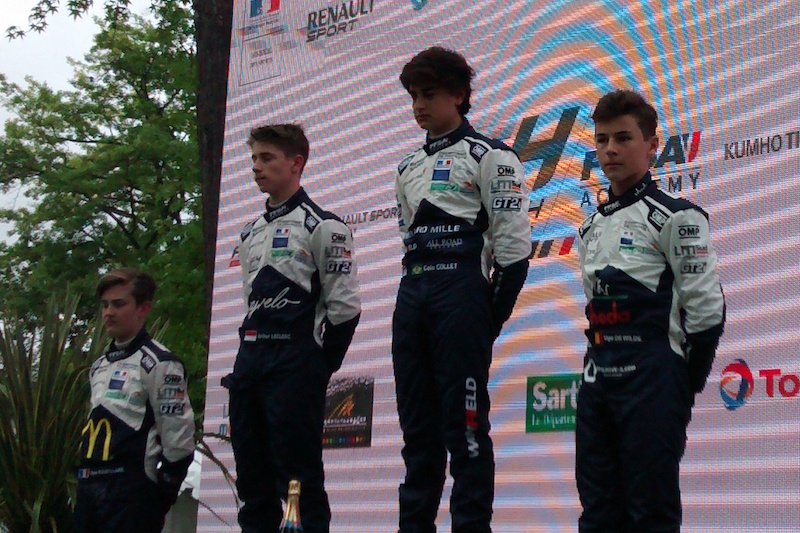 Caio Collet resisted intense pressure from Arthur Leclerc to claim his first French Formula 4 win in the opening race on the streets of Pau.

Collet made a good start from pole position but was unable to shake off Leclerc at first, with just 0.4 seconds between them after three laps.

The younger brother of Formula 1 racer Charles then dropped back in the middle of the race to protect his tyre temperatures, but with just three minutes remaining he was close enough to Collet to make small contact at the apex of the Lycee hairpin.

After that, he dropped back again, with Collet’s final winning margin of 1.2 seconds.

“The race was really difficult because Arthur was keeping a lot of pressure on me,” Collet, the latest protege of Nicholas Todt, told Formula Scout. “But I knew that this track is really difficult to overtake on so I just kept it cool and brought it home.”

Leclerc, who won the reversed-grid race at the season opener at Nogaro, said:?”In the middle of the race I had a lot of understeer because my tyres were too hot at the front, so it was really difficult to stay behind him.

“So I released a bit in the middle of the race to try to overtake him at the end, but it was difficult. At the end I touched him a bit, but it was a great race.”

Ugo De Wilde ran close with Leclerc in the middle of the race but finished up three seconds adrift.

Esteban Muth converted fourth on the grid into the same result in the race – a vast improvement on his best Nogaro finish of ninth – after holding off Pierre-Louis Chovet.

Stuart White passed Theo Pourchaire on the run out of the Gare hairpin on the first lap to finish sixth, keeping the 14-year-old Frenchman at bay thereafter.

Ulysse De Pauw got past both Adam Eteki and Reshad de Gerus for eighth place.