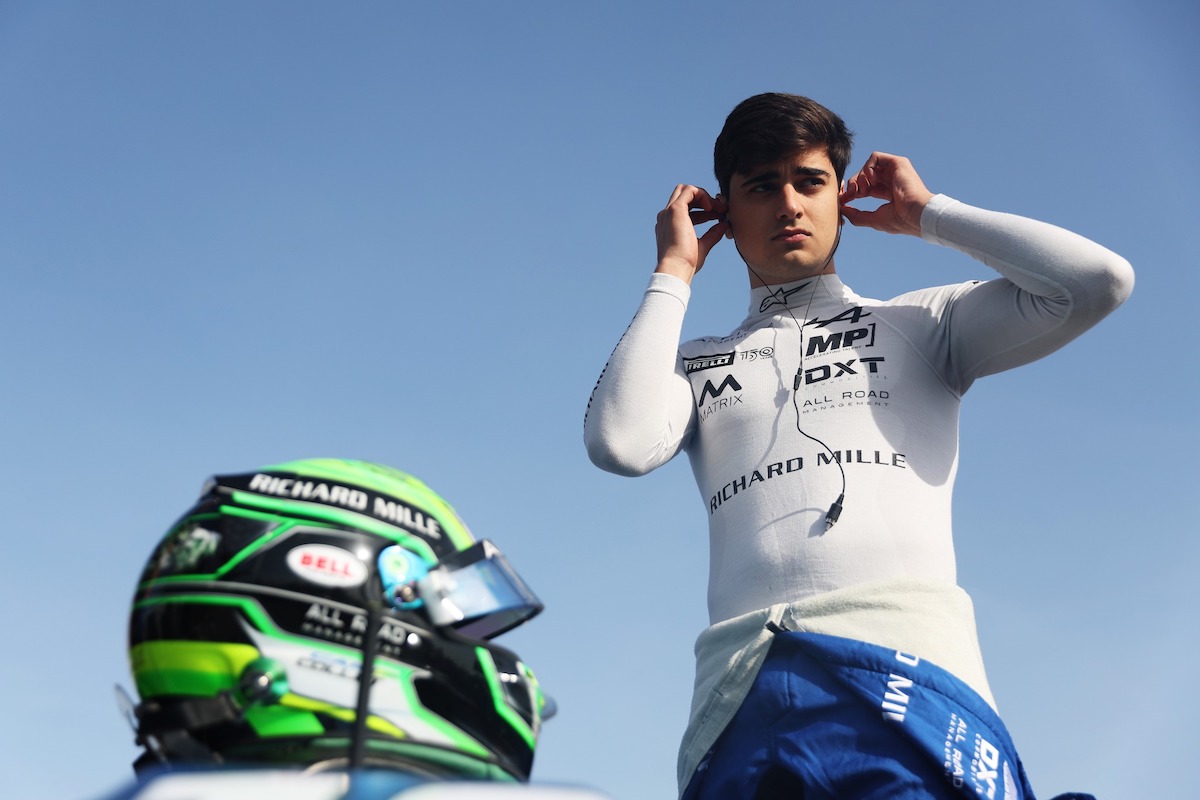 Caio Collet stormed to his maiden FIA Formula 3 Championship victory in a wet sprint race at the Hungaroring.

The Alpine junior won by over five seconds from Franco Colapinto, while there was drama in the championship battle in the very final corners of the race.

At a rolling start after two formation laps behind the safety car, it was Colapinto who took the lead in turn one from his friend and series debutant Oliver Goethe, who had been wide in the final corner.

Isack Hadjar and Collet also came by Goethe in the next turns, before David Vidales crashed exiting turn three to bring the safety car back out on track.

At the restart, Colapinto was challenged on either side into turn one by Hadjar and Collet, who used the outside line to take second from Hadjar and then hassled Colapinto, looking to his inside at turn 13 and turn two on the following lap.

The safety car was then required again after Brad Benavides crashed into Ido Cohen, and turn one at the restart was almost a carbon copy of the previous one, but with Hadjar this time getting back past Collet and challenging Colapinto into turn two, only to run wide and let Collet back through.

A couple of laps later, Colapinto went wide into turn two in defence and allowed Collet to slip through into the lead, where the MP Motorsport driver then made the most of his speed to extend his lead even as the track began to dry.

MP appeared to have a rapid car for the conditions and Kush Maini came through from seventh on the grid to finish third and score his maiden podium after Hadjar went deep in turn two with less than three laps to go.

Jak Crawford also came past Hadjar, who then fell into the clutches of his two championship rivals Arthur Leclerc and Victor Martins.

Leclerc overtook Hadjar later in the same lap and then caught Crawford on the final lap and attempted a move into turn 12, only to run deep and hit his Prema team-mate into a spin. As Leclerc then struggled to turn in for the next corner, he was tapped from behind by Martins, dumping him to last.

Hadjar escaped to take fourth and with it the championship lead by a point over Martins, who was beaten to fifth by the sole-surviving Prema driver Ollie Bearman.

Qualifying winner Alexander Smolyar couldn’t join his MP team-mates in the points after a mid-race trip through the gravel at the chicane following contact with Gregoire Saucy, who finished seventh ahead of Goethe.