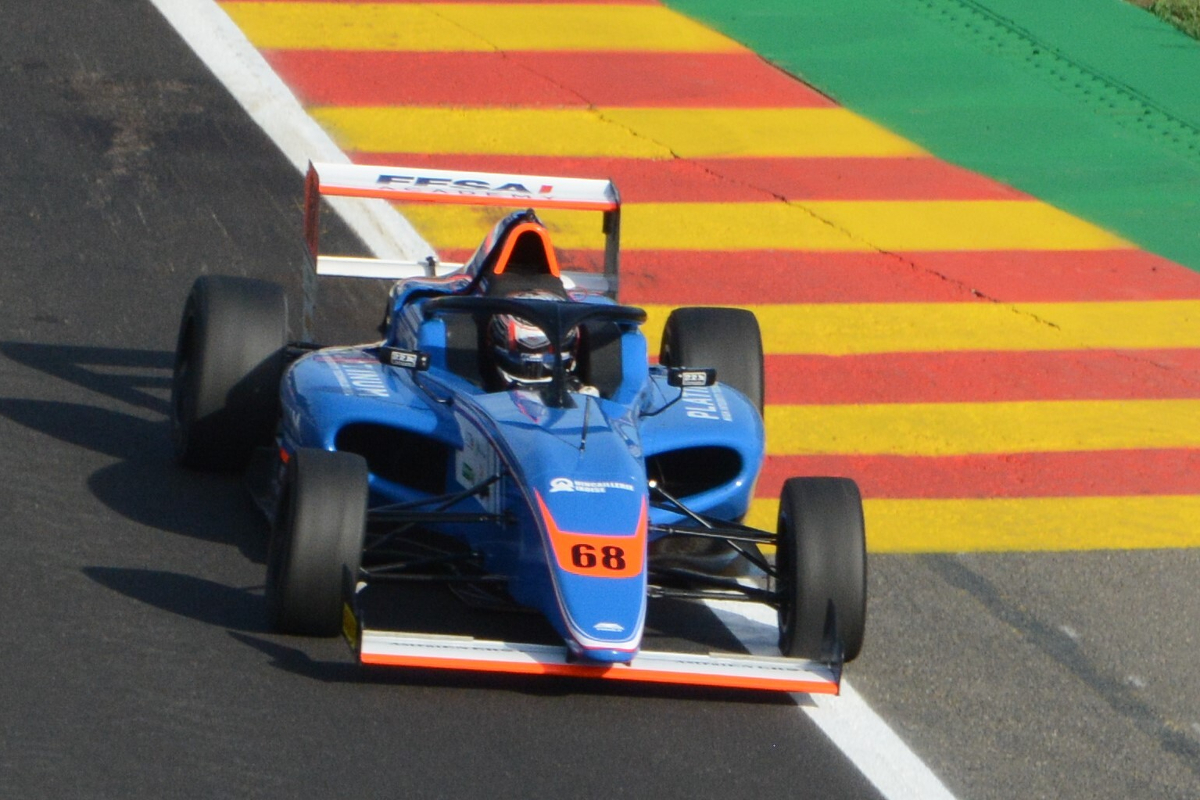 Hugh Barter took his second victory of the weekend in the third French Formula 4 race at Spa-Francorchamps, although incidents meant only two laps were run under green flag conditions.

Barter made his customary strong start from pole, while fellow front row starter Souta Arao, who admits to having not yet mastered standing starts, held off Alessandro Giusti into the La Source hairpin.

Giusti got a run through Raidillon, and though he was able to draw alongside into Les Combes, Arao defended his position. Arao looked to have the pace to close the gap to Barter but was prevented from making any meaningful challenge by two lengthy safety car periods.

With Barter not eligible to score points, having already raced at Spa in Spanish F4 earlier in the season, Honda junior Arao takes maximum points and closes the gap to Barter in the overall standings.

Entering La Source at the start of lap two of the race, a contretemps between Edgar Pierre and Valentino Mini ended with both spinning, collecting the unfortunate Pierre-Alexandre Provost in the process. All three were eliminated and the field bunched up behind the safety car.

Racing resumed on lap five, but after a lap the safety car was back on track following an incident at Raidillon when race two winner Enzo Peugeot appeared to clip the car of Jeronimo Berrio, pitching the Colombian into the barriers. Peugeot is under investigation for causing the collision.

Yuto Nomura took sixth, ahead of Lorens Lecertua at his home race who took advantage of the incidents ahead of him to move up from 13th on the grid.

The results are provisional pending an investigation into one of the restarts.