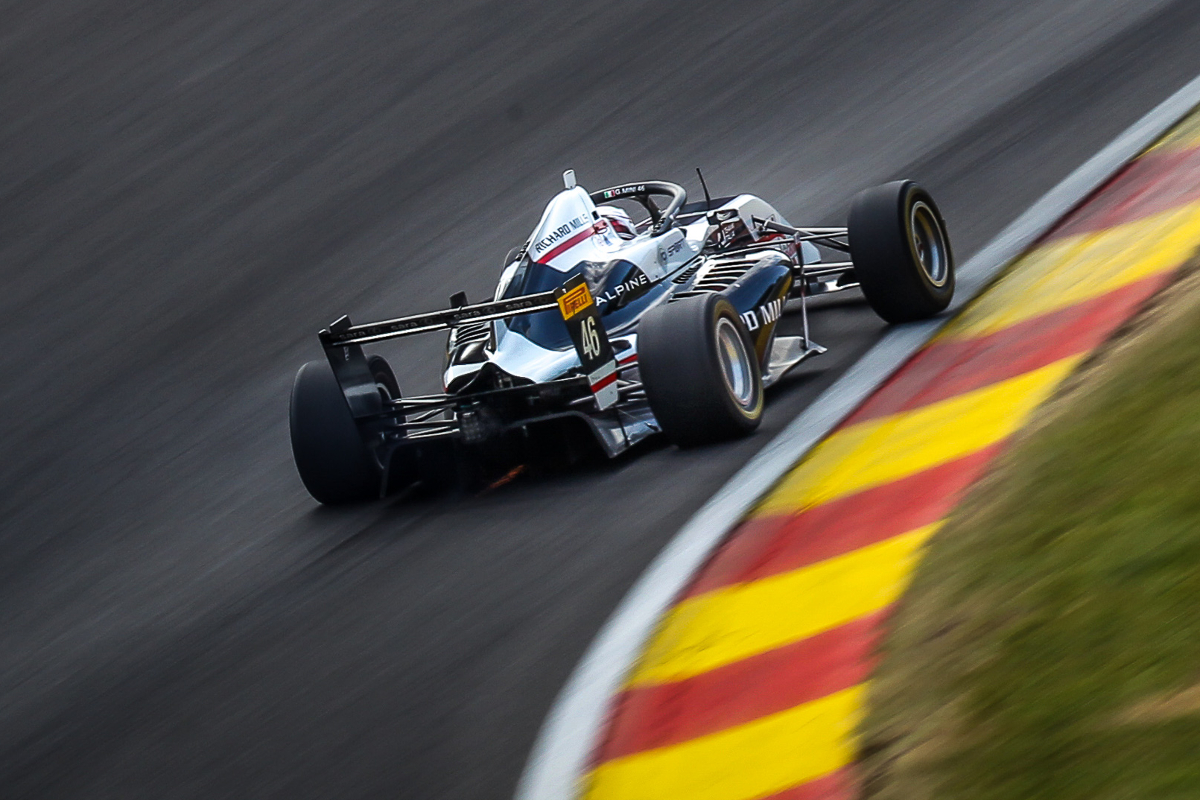 ART Grand Prix’s Gabriele Mini has been disqualified from Formula Regional European Championship race one at Spa-Francorchamps due to a missing plate in the gearbox oil pump.

The part must be fitted and used as supplied by Tatuus, and means Mini ends Friday with no points as he originally had been on course to do.

The stewards have had a busy evening considering a number of infringements committed after that, mainly relating to drivers failing to enter the pitlane when red flags were being waved.

As a result, 16 drivers, being all those that were classified in positions four to 19, have been given five-second time penalties. Despite their penalties, many drivers gained a position from Mini’s disqualification and Arden’s Eduardo Barrichello now gets to celebrate his first FREC points with a podium finish in third rather than fourth.

The highest-placed unpenalised driver was ironically Victor Bernier, as the red flags only appeared as a result of him crashing out of the race. He was classified 20th on the results countback, and now finishes 15th thanks to Mini’s disqualification and the penalties of Esteban Masson, Hadrien David, Maceo Capietto and Laurens van Hoepen who had finished in 16th, 17th, 18th and 19th.

The stewards noted that from the onboard cameras “it is clear that [each car] drove through more than one red signal (flashing light and marshal post with red flag)”.

The highest-placed driver to correctly observe procedures by entering the pitlane before taking the chequered flag was Sebastian Montoya, who originally finished 21st but is now classified 16th.

Race winner Dino Beganovic had already passed the pit entry when the red flags were shown at the end of lap 14 following Victor Bernier’s spin into the gravel at Les Combes.

Third-placed finisher Sami Meguetounif was also investigated by the stewards but exonerated since he encountered a flashing light but no red flag at the marshal’s post before pit entry.

However, he received a five-second penalty for causing a collision with Paul Aron during the race.

The final five-second penalty was applied to Pietro Armanni for exceeding track limits on four occasions, dropping him to last place.

No further action was deemed necessary for two further incidents looked at by the stewards, the collision between Prema team-mates Aron and Sebastian Montoya, and that between Armanni and Levente Revesz.