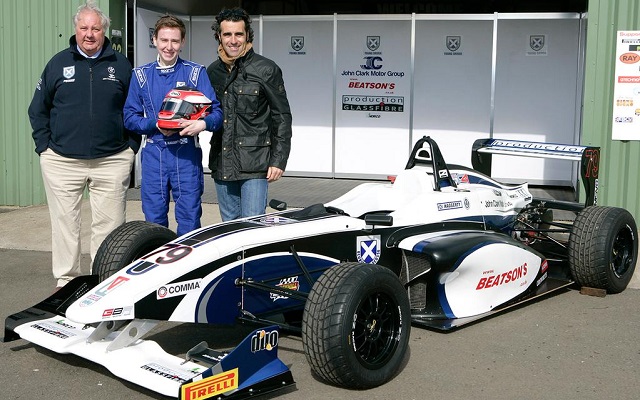 Scottish driver Ciaran Haggerty will race in the BRDC F4 Championship this year with support from GT squad Ecurie Ecosse.

After winning the Scottish Formula Ford 1600 title last year, Haggerty will compete in BRDC F4 for a team run by Graham Brunton Racing in association with Ecurie Ecosse and their new Young Driver Initiative.

“I’m really honoured to be chosen as an Ecurie Ecosse young driver,” said Haggerty, who is joined on the initiative by?Adam MacKay, 17, who was third in Scottish FF1600 last year and will continue in the category.

“To be part of a team with so much history being it is very special. I’m really looking forward to the challenges this year.

“It will be my first year driving with aerodynamics so that is something I will have to get used to, along with left foot braking. Although the BRDC Formula 4 car is an entirely new machine for me I will be working my hardest to fight right at the front.”

Brunton, who also ran Haggerty in FF1600, added: “I am very excited to be taking part in a national racing series again, particularly one as competitive as the BRDC Formula 4 Championship. It is fantastic to be working with and enjoy the support of Ecurie Ecosse and Dario Franchitti, a team and driver with a huge motorsport pedigree.”